Is it just me, or does this seem like Omega doing an epic troll of the Tiffany Blue craze? 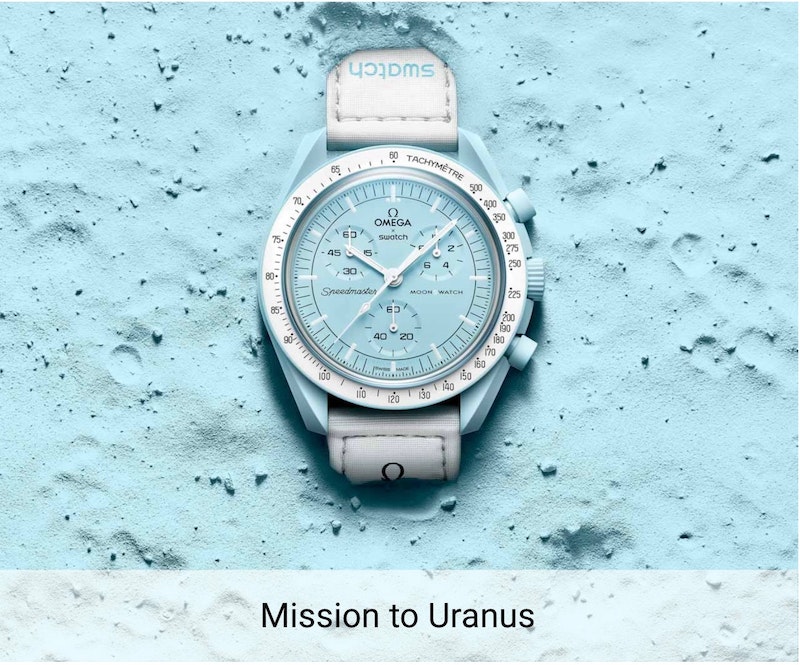 I will gift this one to my wife 🍑

I will gift this one to my wife 🍑

I bet you'd love a mission to Uranus

It’s no coincidence! If only they’d ‘auctioned’ the first one off, as well….on eBay…😉

That is the color of that planet though...

correlation or causation... no one knows lol

You just identified that target demographic for the watch. 😂

That is the color of that planet though...

Also, the Earth watch is pastel green, unlike the Earth.…

(True watch comment, my picks on this would be the moon, Pluto, Earth, Saturn, Mercury, and this light blue one…)

Let‘s be honest, though… if anyone is going to be successful on a mission to Uranus, it’s not NASA. It’s Elon Musk.

The watch looks like the planet. I think that's all there is to it.

You just identified that target demographic for the watch. 😂

All kidding aside, it is a brilliant move. People who are not financially ready to purchase a speedy will be introduced to the watch and may someday buy the real thing. Very smart.