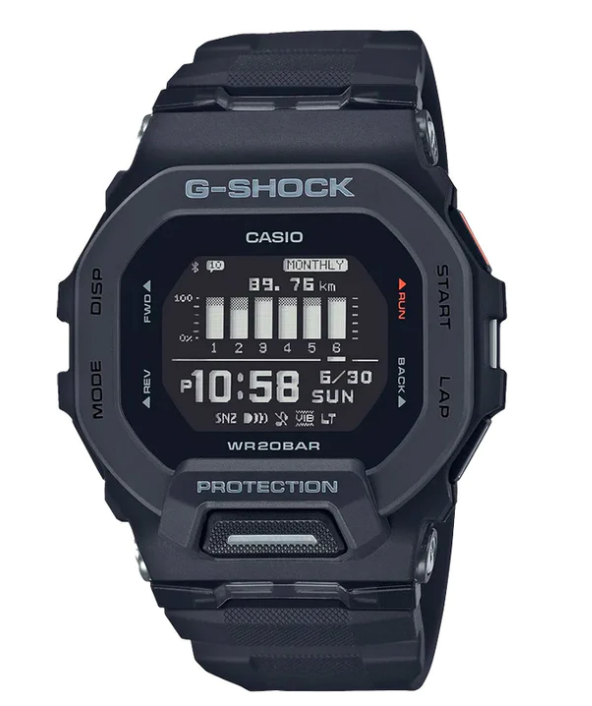 First to be transparent I own and am quite fond of my Amazfit Stratos Smart Watch. It's kind of my dirty little secret but it's useful at times, tough, and looks pretty good (abet a bit larger than I'd like). My only complaint is the app glitches once in a while. My favorite thing about the Stratos is the display. The Stratos has a display that like the Casio GBD-200 is very visible when outdoors (it looks like Casio has it beat indoors though)

I don't readily admit to owning a Smart Watch often as well the popular opinion on Smart Watches in the Watch Enthusiasts forums has been:

However, I've now watched 3 pretty glowing reviews of the Casio GBD-200 on different Watch Enthusiast YouTube Channels and I can't wrap my mind around why. Is it purely because it's Casio and and not a Tech Company? Note one could argue that Casio is a Tech Company but in all honest when one says Casio I think Watches first not their other products such as Keyboards or Calculators.

Curious what others think?

Why is it warmly embraced by Watch Enthusiasts who would never endorse a Garmin or FitBit and possibly spit on a Apple Watch?

Anyone have experience with it? I'm curious about the battery life when running the Smart Watch Features.

I'm also wondering if the Casio App is any good or shitty like the Amazfit app?

Typical frugal watch lover. Appreciate the high value watches from Seiko, Hamilton, and Orient but really love what the microbrands are doing these days. Picked up the watch build/mod hobby during the...