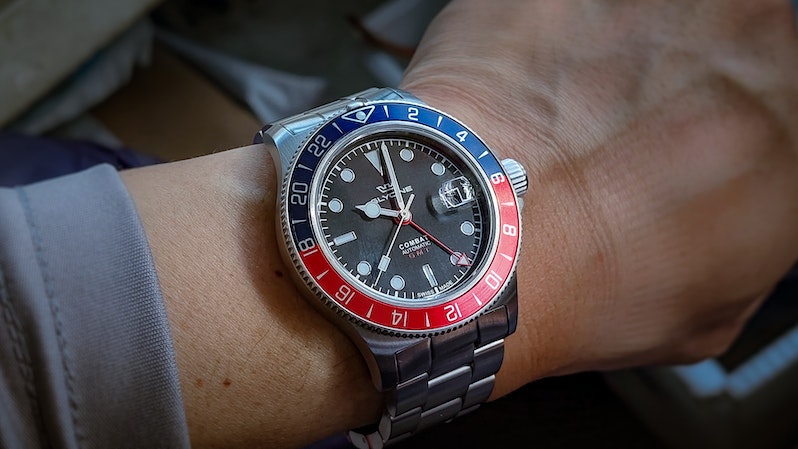 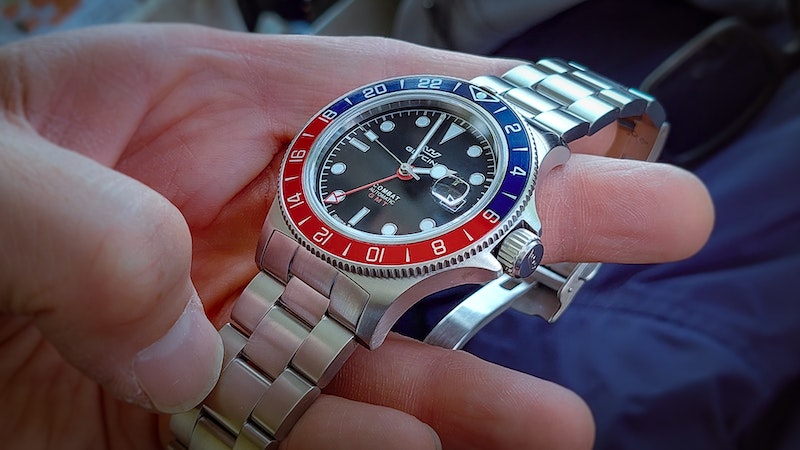 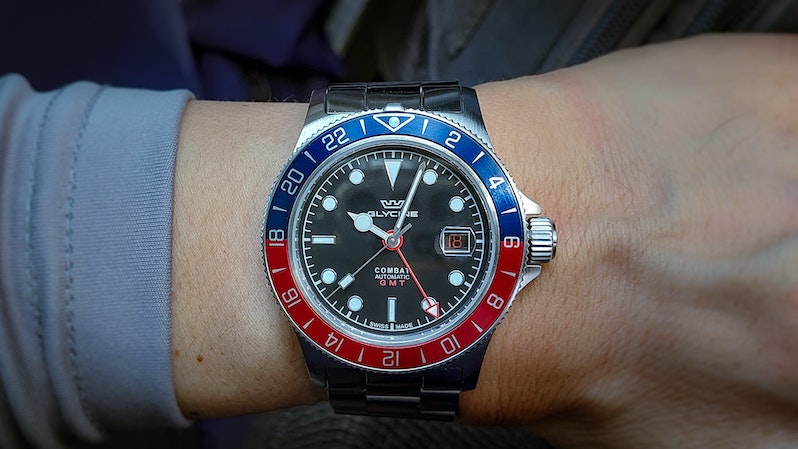 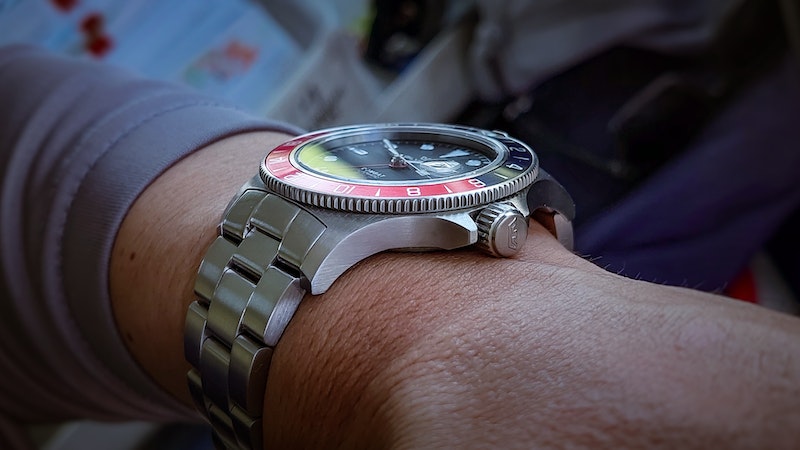 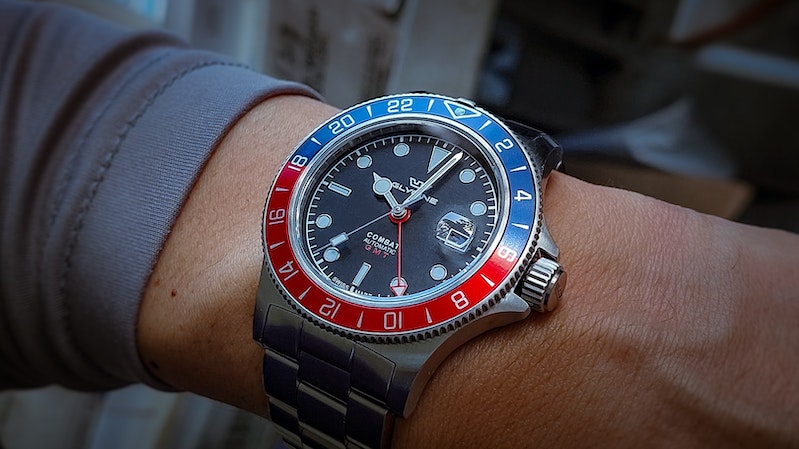 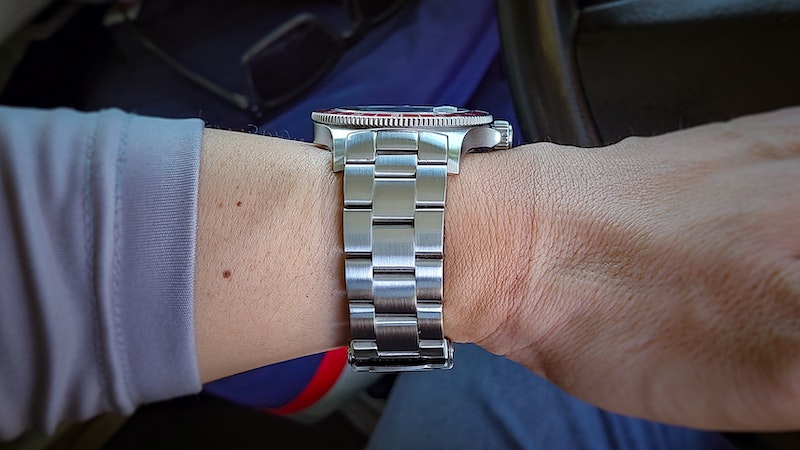 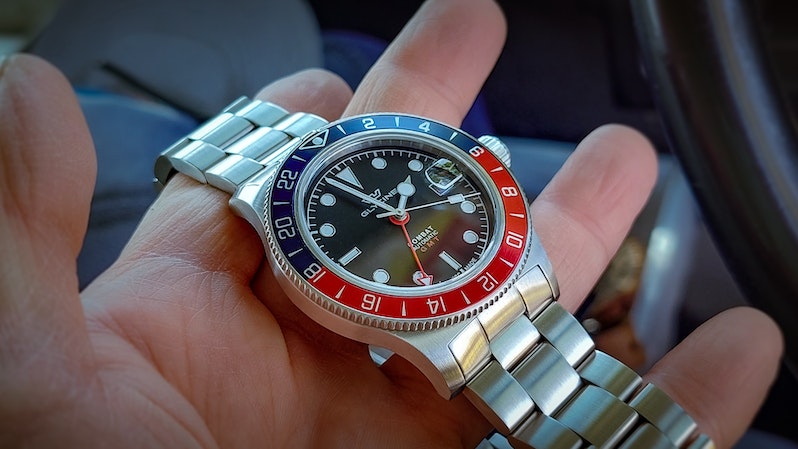 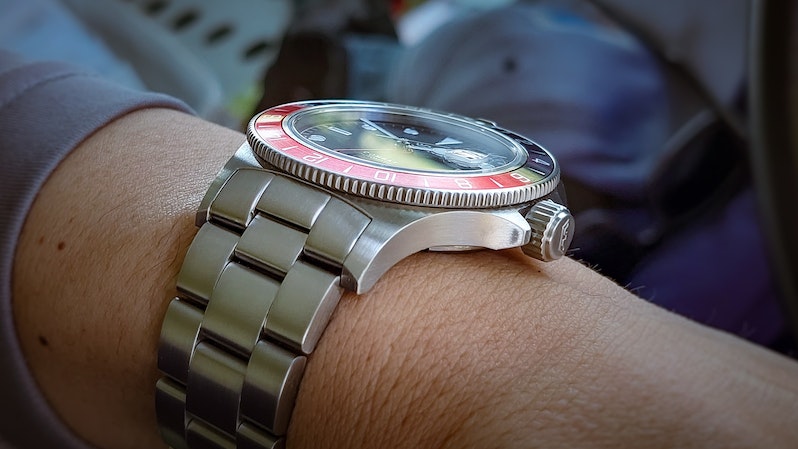 My first Combat Sub, I went for one in GMT flavor. Was always curious to get and try one. Now that I have, I can say the 42mm case size wears very well. And, this style of watch can act as my Friday Flieger rep today.
1, Combat Subs are well known for their very thin profile, much like the Airmans which I have much more experience with.
2, Although they seemingly have long lugs, also much like Airmans, they are angled or curved down very well. Hugging the wrist definitely applies here.
3, At least with the bracelet included on my model, there are female end links and they are inboard of the lugs a bit, aiding in comfort and wrist conformity.

As such, with the afore mentioned aspects, the Combat Sub wears very comfortably on wrist.. again, much like Airmans do, as well.

I don't want to turn this into a full on review here. So, I'll finish off this comment portion by saying I'm very pleased Glycine can make a 200m WR watch, and a GMT one in this example, be so svelte.

So, I finally got a Combat Sub. So much variety and many great choices. But, I opted for the Pepsi GMT version... Or, do some still call this the "Soda"? Hey, if some have noticed my past posts in various groups and on my YouTube channel, I'm no stranger to Pepsi GMT Master style homages. It's just a look I really like. I just keep coming back to one. Anyways...

I remember about 2 years ago when these, and many other, watches were available on Drop (formerly Mass Drop) as a special, if not exclusive, edition for Drop. First, as a time and date diver. Then, I believe the GMT version came out shortly afterwards. And, they seem like they were made in sma enough quantities and sold out relatively fast, too. Then, that was it for quite a while. Thought the only way to get one was to pay, at a premium, for a second hand example.

Luckily, Glycine seems to have started production on these "Soda" models again somewhat recently and they now are available again and not limited run. And, from the right seller, they can be had for very reasonable price new. So, here I am having snagged one recently.

Love it. I recently purchased the bronze case Combat Sub GMT. I use it to keep track of my colleagues in Chennai. Thin, and proper bidirectional bezel that accommodates those time zones out of phase by 30min.

Looks amazing mate. I honestly think, as a combat sub owner, Glycine offer some of the best value out there. I'm eternally jealous of the prices you can get these for in the states. If I could get them for those prices I'd have one for every day of the week!

Glycine have some great looking watches. If it wasn't owned by Invicta I'd have one for sure

I got my first Glycine Combat Sub about two weeks ago.  I love it.  I'm still in the honeymoon phone.  My other watches are being very neglected.  :)

Question, is it a true/travelers gmt?

KhronoKraze · 4 hrs ago
If you have one, what color is your MN (style) strap?
KhronoKraze · 3 days ago
Field Watches - Not every design is for everyone, but everyone should be able to find a likable design.
KhronoKraze · 1 week ago
Sometimes, you (eventually) have to scratch that itch.