#reviews #citizen #valuebuy #sportswatch #titanium
Read the full review here: https://wahawatches.com/review-citizen-cb0190-84e/ In 2020, Citizen celebrated half a century of their development of titan... 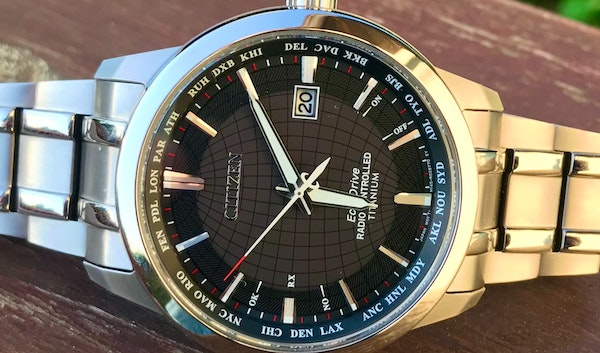 Buyer beware! When your work is misused

#general #warning #vintage #tissot #collecting
Recently, I was sent a link to an Instagram post that referenced one of my earliest articles at WahaWatches... https://www.instagram.com/p/Ci3Gk_eLV4c...

#vintage #general #wittnauer #collecting #newwatch
The newest addition to my collection has just arrived! Traded two other pieces from my collection for it, but it was a good trade. The new kid on the... 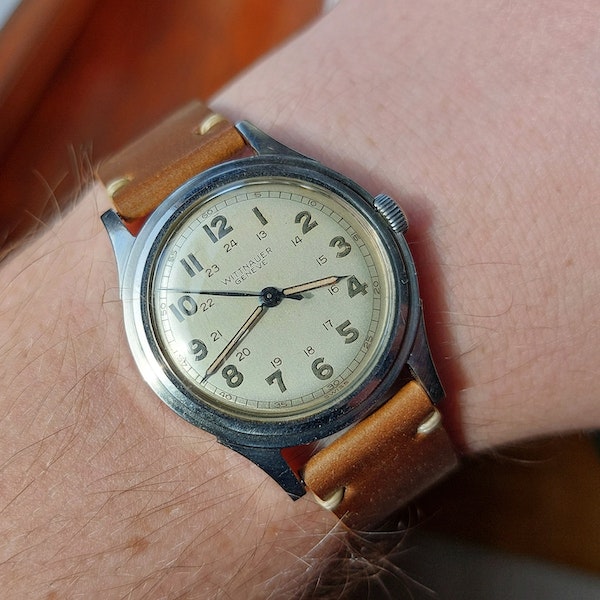 MrBloke commented on Longines Master Collection or NOMOS? · 1 day ago

Longines, all the way. It's great bang for the buck, features a great movement - the moonphase is crown-set, no pusher to press with a toothpick - and is classy to boot.

I also wholeheartedly agree with @OscarKlosoff . I don't like Nomos. They look like a bastard child of some random 1940s Bauhaus watch and Skagen. Dull, cloy, and if I was to imagine the typical Nomos wearer, it'd be some self-pitying dude in skinny pants, an oversized beanie and little brains underneath said beanie. Oh, and a cup of the muddy puddle water that Starbucks calls coffee. With soybean milk, of course...eeek, now pardon me, I have to go and vomit after merely having imagined that.

I pick the watch the evening before, in the morning I put it on or I change my mind and wear something else.

MrBloke commented on Bund Straps; Yay or Nay? · 1 week ago

That depends on the watch.

Most people haven't the faintest about the origins of the "bund." The "bund" strap as a concept is hardly a thing of the 1970s. It saw an increase in popularity in the late 1960s, on a wave of reinterpreting 1920s-1930s designs - think of cushion cases. And yeah, the Bundeswehr did make one of these their standard issue strap. But the concept of a cuff strap originated in the 19th century, with the leather wristlet for pocket watches. With the rise of the wristwatch in the 1900s and 1910s, the concept was taken into wristwatch straps. Most cases had a press-in bezel and case back, so the leather cuff isolated the watch from sweat and grime of dead epidermis of the wrist. Then we need to consider the materials - most watch cases were, until the 1930s, made of nickel or silver. Isolating these materials from the wrist made perfect sense. When chrome/nickel+chrome/nickel-plated brass cases took over from pure nickel and silver as the cheaper of options, the cuff strap kept making sense. Plenty of 1930s watches didn't even have a steel back, lots of them were made entirely of plated brass. I have seen scores of such watches, which were worn on two-piece strap - the sweat of the wrist definitely is a factor that causes deterioration of plating, so the case backs on them had some really nasty pitting.

I was close to buying one, when I made my one big buy and decided I want it to be a Longines. However, the 40mm Spirit won me over. The Big Eye is some great value for the money. Excellent choice.

MrBloke commented on First order from CNS · 2 weeks ago

I have mixed feelings about CNS. The leather straps I bought from them were...well, rubbish. One of them I wore maybe 20 times, and it came apart, another I couldn't even squeeze onto any watch, because there's too much material between the spring bar and the case. On top of that, the spring bar's slanted in it - the whole damn thing's been sewn in askew. Two rubber "tropics," both are uber-stiff, had to dip them in hot water to bend them to shape, else it was like putting my wrist in a vise. Marine Nationale by them - it's not even a Marine Nationale strap, the design's all wrong and the buckle hook rubs against the wrist with a sharp edge. Jeebus. The whole loop/hook assembly is supposed to be isolated from the wrist by the nylon, and that's not the case in their "MN."

So, the leather ones I bought from them were subpar, the tropics are...well...let me put it this way, if I wanted DIY stuff, I'd go buy some from Ikea.

On a redeeming note, though, I have two NATO straps by them, a Deluxe "The Black bay," and a discontinued "seatbelt" NATO in vintage Gulf Racing livery. Both are really great. So, I can't recommend their leather straps, but I do recommend their NATOs.

No plated cases. I'm trading away my watches with gold/chrome-plated cases for ones with an all-steel case. Which, since solid gold is out of my reach - glad I got one before that went out of my reach - leaves steel. If I'd find a nice piece in a sterling silver case, that'd be great. There are two gold-plated watches I will keep, since they belonged to my great-grandfather. The rest of the plated ones will have to go.

MrBloke commented on Thoughts on skeletons? · 2 weeks ago

That "Hong Kong in-house movement" is not an in-house movement at all. It's a skeletonized ETA 2801/Sellita SW210 clone. Perhaps most parts of that clone are made in Hong Kong, but that manufacturer did not design it.

Borgel and Taubert: What’s the Difference?

#vintage #collecting #research #blog #general
My new article at WahaWatches covers an issue that the fellow vintage fans might be familiar with - cases with the famous FB and key marquee. Which of... 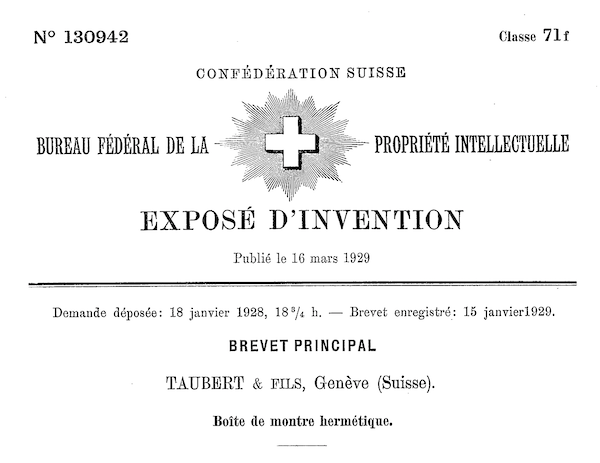 #reviews #glycine #divewatch #general #valuebuy
Read the full review here: https://wahawatches.com/review-glycine-combat-sub-39/ Many of you will be familiar with the Glycine Combat Sub range. But t... 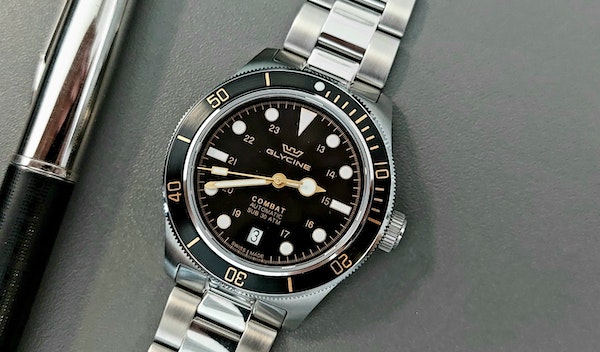 #vintage #omega
My recent trade became a purchase, due to DHL having robbed the parcel I've sent. Well, at least the watch for me arrived safe and sound, and here it...

#general #eterna #certina #vintage
Recently, I made a trade with a fellow WIS. Shipped two watches - a 1948 Eterna bumper auto and a ca.1976 Certina Club 2000 to Germany from Poland, vi...

#ad #retail #servicing #customerservice #watchindustry
Prompted by @Omeganut 's thread about bad experience with ADs, I thought it'd be good to bring you all some perspective of what it's like to be the gu... 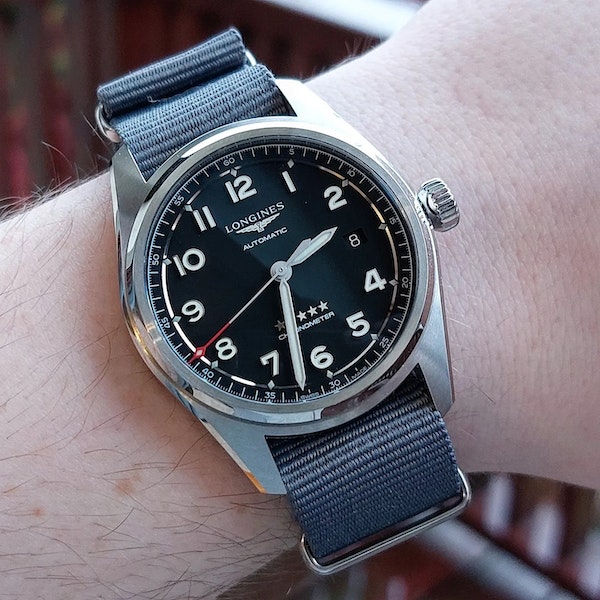