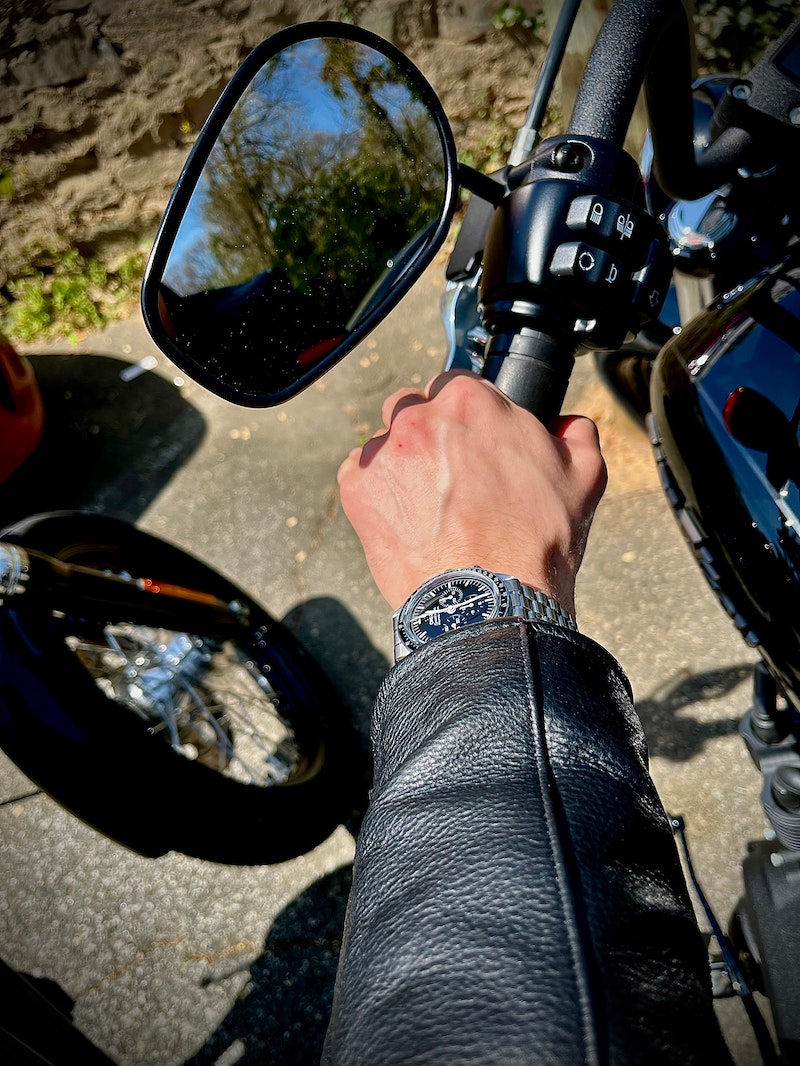 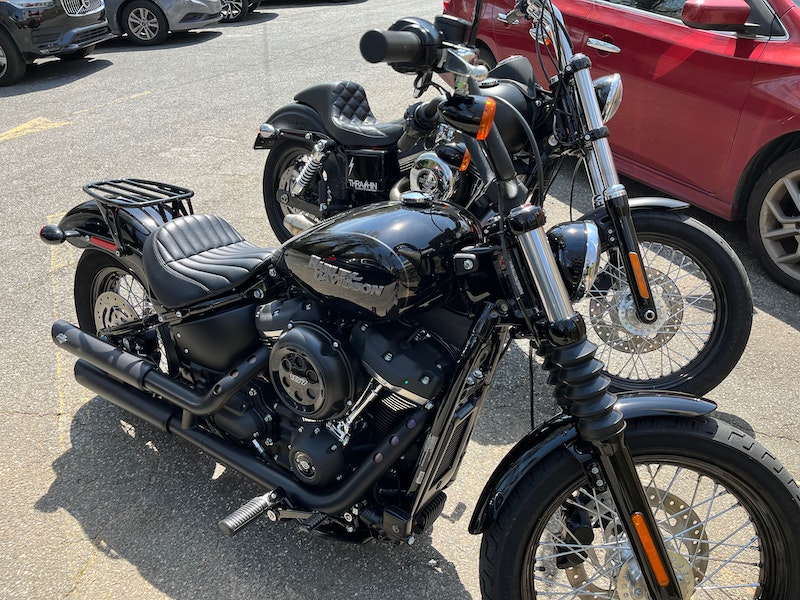 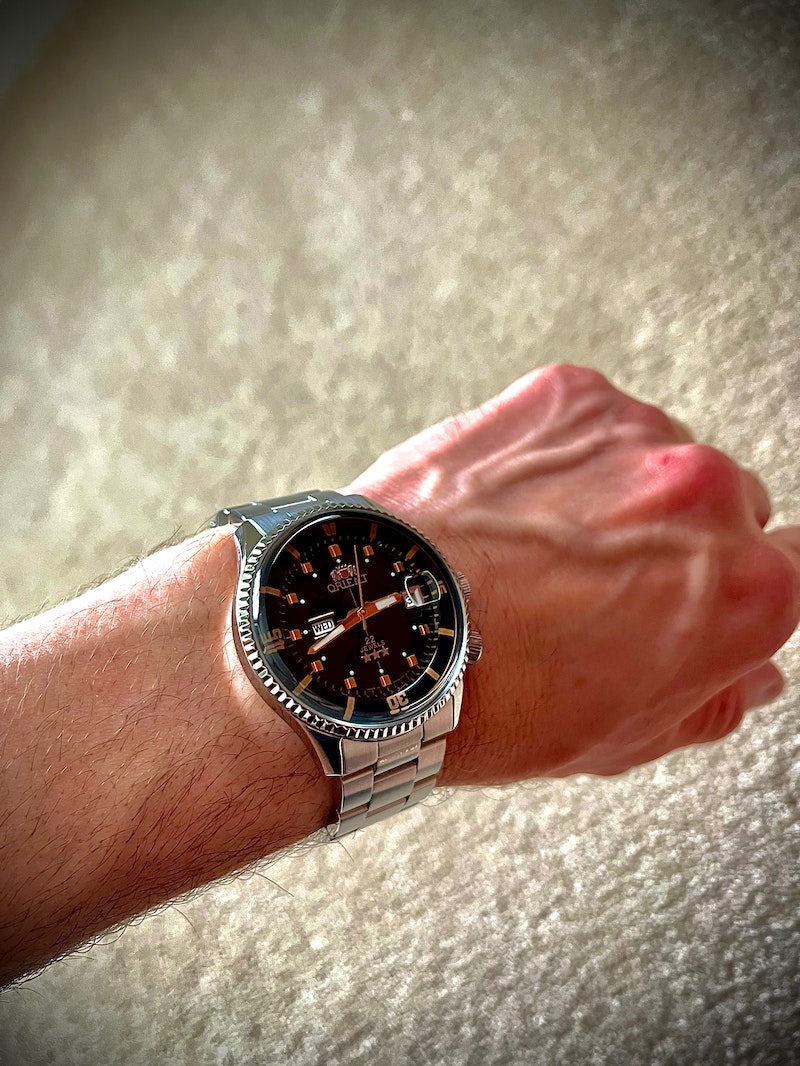 I’ve grown up around Harley motorcycles my whole life and have always enjoyed riding. Over the past two years I’ve learned about watches and the art and mechanics behind them. So naturally, I’ve combined these two.

The other day I ran a bunch of errands on my 2019 Harley Davidson Street Bob. Especially with gas prices and the perfect weather, why wouldn’t you? I’m a HUGE fan of #Omega and own two. The #Sapphire #Speedmaster Pro and my favorite watch right now, the #Bond #Seamaster with #Titanium band. I decided to sport the Speedy on the Harley that Tuesday.

The next day I rode the Harley again. This time I decided to wear my #Orient King Diver. I set the time using the HODINKEE app and went on my way.

I had arrived to an event where I was running sound. After about an hour of running sound I pull out my phone and wake it. The screen popped up where I left off. The HODINKEE app was open to the time set screen and, as I occasionally do, I confirmed my watch was running on time. To my surprise, it was NOT! My Orient had dropped in speed and was a whopping 6 seconds behind.

I thought to myself, “The magnetic field from this audio console, as small as it is, must have messed with watch and caused it too slow”. I had read how certain electronics can have a magnetic field that could effect the accuracy of your time pieces.

I finished running sound, powered down and before getting back on the Harley, I reset my time.

After my 20 minute ride home I checked the watch. It was now running about 6 seconds faster.

I then determined that possibly the vibrations from the Harley might have caused the watch to differ in time both prior to and after the event I was working.

What I find odd is that this is the first watch to do this. The Speedmaster stayed solid throughout the two hours of riding the Harley. I figured it would have since it was originally met by the strict demands of space flight and passed. The King Diver had always run pretty accurate for days at a time so I found it odd that it was off and the only difference was the transportation I was using.

This raises the question, what watches should I wear and not wear on the Harley? Thinking I may just stick with the Speedy or even my G-Shock.

The safe bet is the G-Shock, but I've rode a lot with a mechanical watch and never noticed a problem.

I'd love to know the answer to this as well. It would appear that the movements in the Omegas may be better able to handle the vibrations encountered while riding than the Orient does.

As far as I know there's always some kind gaining or losing time with mechanicals, probably added to that with the Harley ride. G Shocks are great, but there are some real sharp quartz watches out there that might be worth looking at.

quartz or g shock. i ride motorcycle too and was to afraid to damage my orient movement. vibration on the handgrip was maddening lol

That Orient King Diver is a seriously cool watch!

That Orient King Diver is a seriously cool watch!

DanCarter · 3 months ago
IS ACCURACY EVERYTHING?

DanCarter · 4 months ago
SPEEDY For The Day!