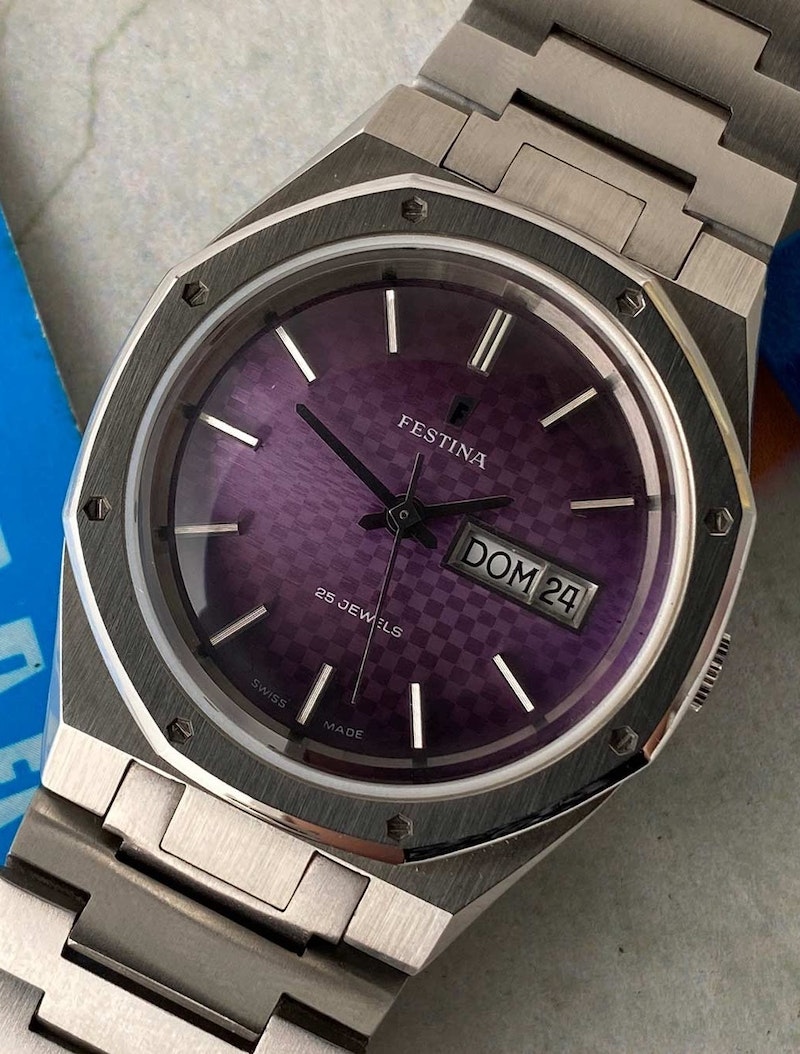 Festina - which took its name from Augustus Caesar's phrase of "Festina lente" meaning "make haste, slowly" in Latin, was founded in 1902 by the Studi family in the Swiss town of La Chaux-de-Fonds - the same town in which Enicar was founded. In 1935, the company was sold to a German businessman Willy Burkhard von Wilhelm and transferred to Barcelona during WWII (that's probably why there are so many NOS Festina watches coming from Spanish dealers). Festina was another casualty of the 1970s quartz crisis, but was ultimately acquired by Spanish watchmaker Miguel Rodriguez Dominguez in 1984 as part of his Festina Lotus Group where it is still located in Barcelona with a turnover of 5 million watches a year. More recently Citizen has taken an financial interest in Festina and produces its quartz models in its factories in Japan. In 2008, Festina acquired the Swiss movement manufacturer Soprod who is best known for its high quality Swiss made Soprod A10/M100 movements which are compatible with an ETA 2892-A2. Festina was the certified timekeeper of the Tour de France from 1994 to 2016.

Here are some vintage examples from my collection:

ChronoGuy · 1 day ago
Is WISE out of business?

ChronoGuy · 5 days ago
What types of watch design give you a viscerally negative reaction (or positive reaction)?