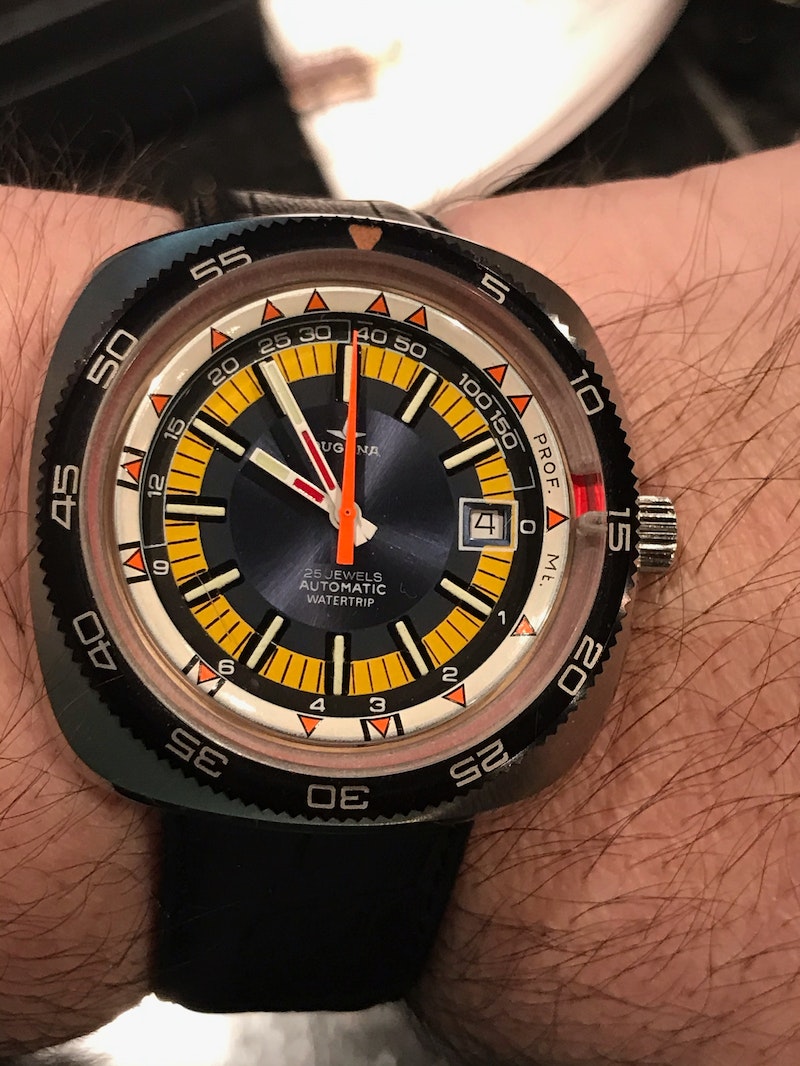 Dugena - finds its origins in Bienne, Switzerland where in 1883 Gottlieb Hauser forms the Union Horlogere, an association of Swiss manufacturers and retailers, also known as Alpina. The association is successful in both Switzerland and Germany requiring additional agents to be appointed for the German market. In 1917, German watchmakers and dealers form under the Alpina name. The successful Swiss-German cooperation produces brands such as Tresor and Festa in the 1920s. Then comes WWII, Alpina disassociates from the German watchmakers and dealers due to the Allied embargo. Consequently, in 1945 the Germans rename themselves Dugena (Deutsche Urmacher-GENossenschaft Alpina) to run the German cooperative. In 1949, Dugena becomes the first and most prominent German brand of the new Federal Republic of Germany. Dugena continues as the most successful German brand into the 1960s with watches in over 2,000 watch stores in Germany. Dugena weathers the 1970s quartz crisis as it produces a large number of inexpensive quartz watches. Dugena is folded into the EganaGoldpfeil group together with Junghans in the 1990s. After the failure of Egana, the brand and its trademarks are acquired in 2009, and it continues today as a brand in Germany run by the former managing partner of Glashutte Original, Heinz Pfeiffer.

Here are some examples from my collection:

Love them all it seems like a great brand

Great post and pictures 👍 I love learning about different brands

ChronoGuy · 1 day ago
Is WISE out of business?

ChronoGuy · 5 days ago
What types of watch design give you a viscerally negative reaction (or positive reaction)?