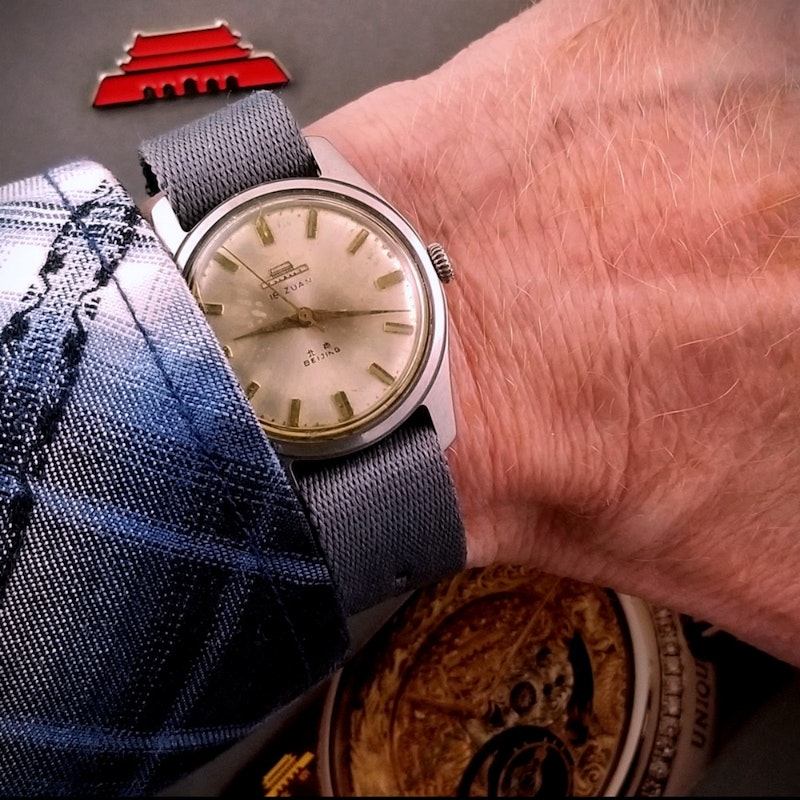 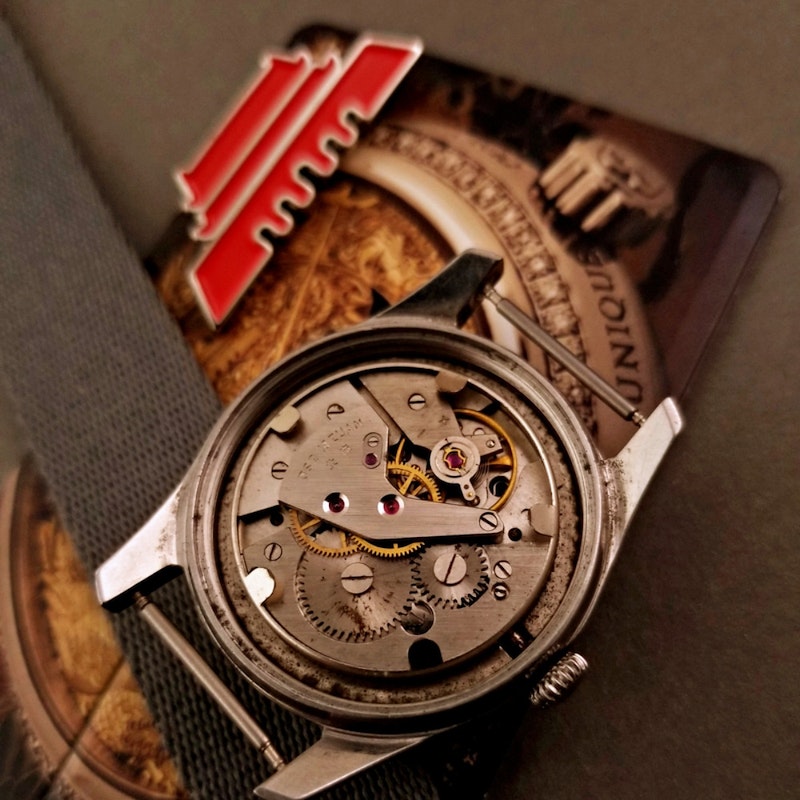 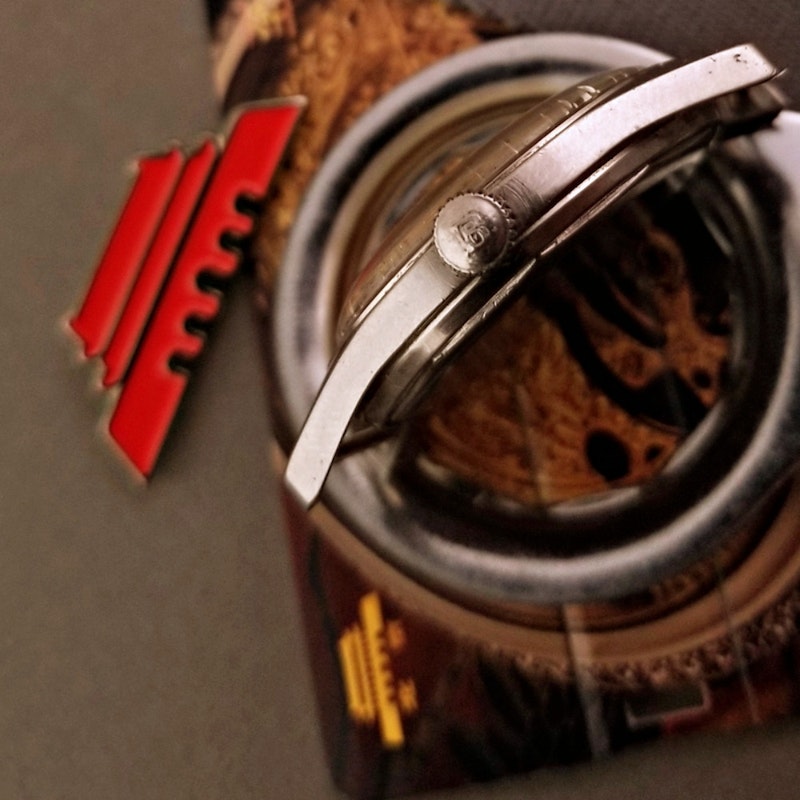 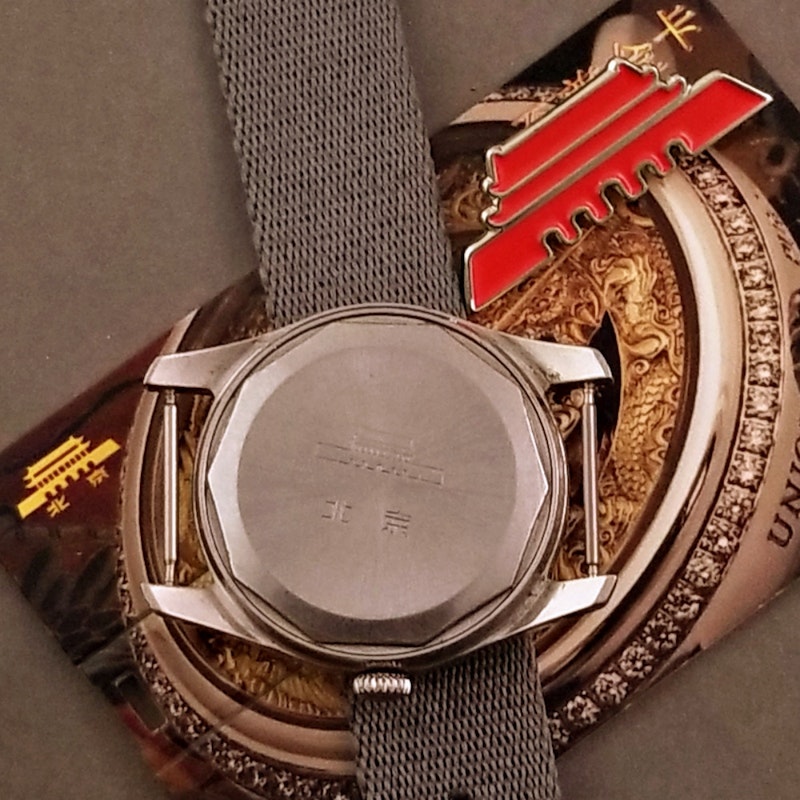 According to "Soviet" aka "Zhang" a former Watchuseek moderator and collector living in Beijing, a "total of only some 160,000 BS-2 were made between 1961-1968 for all the versions".

Also, some historians note that many of these were returned to Beijing Watch Factory in a trade-in deal, of which  Chinese Watch Wiki states: "Many of them were destroyed in 1987 and 1988 when the factory accepted them as trade-ins for newer models"

I found a Sohu.com article with this Google translated history regarding the genealogy of the movement:

"Leobe is a watch brand registered by Cervine SA in Switzerland on July 10, 1946 in La Chaux-de-Fonds, Switzerland. In 1960, Peng Zhen, the mayor of Beijing, contacted the Swiss Labor Party, and spent 1.75 million to buy its watch movement equipment and drawings from Switzerland as a whole, and distributed the equipment to Beijing, Nanjing, and Guangzhou watch factories (see Xu Yaonan's memoirs). The Beijing Watch Factory has since developed the Type II (BS-2) watch and started production in 1961. The initial production of the second-type [BS2] watch was 17 diamonds."

I have a second BS2, also 18 jewels--but the crown and stem are not original. Given the rarity, I'm still pleased to have it, and knew of the issue when I bought it as the seller disclosed the problem.

The other items in the top photo are a USB key/souvenir card from my 2014 visit to Beijing Watch Factory, and a Beijing Watch factory pin I received when I visited BJWAF's flagship store in Beijing in 2019.

More photos of the "Playing Dragon and Phoenix"and a 2018 meeting with Mr. Liu Dong, the Master Engraver whose work is featured on the watch, here: https://www.amchpr.com/beijingmay.html

I love that such a special and rare watch is in such appreciative caring hands.

I love that such a special and rare watch is in such appreciative caring hands.

Very cool, I've never seen it before.  I wonder, that movement did they copy the famous wehrmacht movement that was popular in the 1930's & 1940's?  The movement looks familiar, but also different at the same time.

I don't think the Leobe movement is any sort of copy of a Wermacht type movement. A number of companies of that era had longish center train wheel bridges. That noted, I'm certainly no expert of German watches of that era.