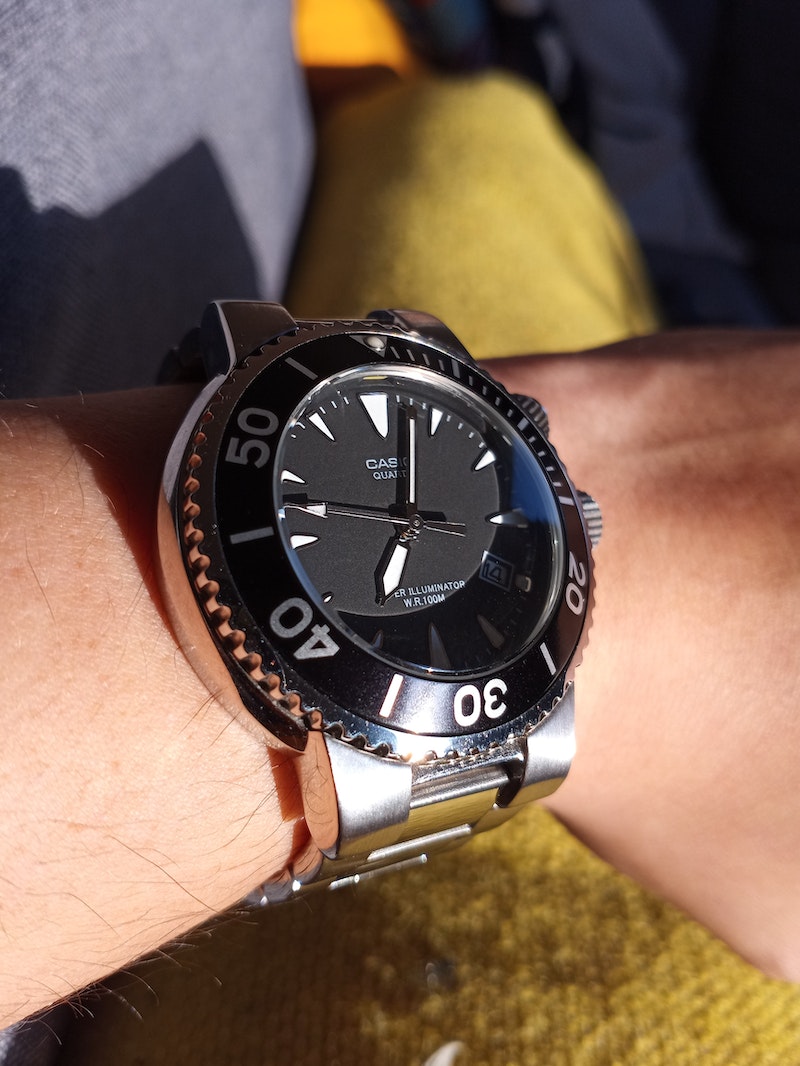 Probably going with this watch as my non G Shock for the week.

My other diver in an Invicta Pro Diver, which I did miss wearing, but it's really bling.  I've also had a watch wearing friend and my girlfriend telling me that it looks serious. More or less, from my friend, "You look like a rich dad." And, from my girlfriend, "What business are you running? Have you started watching succession again?" It doesn't feel like a serious watch to me, it feels really fun, a little eccentric, a bit funny.

The Casio, now that's a weird one. With the Invicta we all know where it's going. The Casio is kind of all over the place. I see a bit of Oris, a bit of Seiko in there. What's up with those weird short lugs? But it's a sweet Casio. Supposed WR of 100M, unidirectional bezel, screw down crown, lume on hands and indexes thats better than the Invicta, date at 4 and 2 blinding LEDs at 12 and 6. The solid accuracy of quartz, with a ticking seconds hand that hits all the indexes. It's not as tall on the wrist as the Invicta and has a wider case back, which is a bit more comfy as well. The bracelet is okay, but if I needed to replace it it'll be hard because it's a weird one for lug spacing. There's an updated version of this, with a more reasonable lug width, but without the cool shark tooth indexes. I've had it longer than the Invicta, maybe like a month, worn it in the same conditions and have only put 1 scratch on the bezel I can't see right now. The Invicta has already been dinged, and has acquired a couple of easily visible scratches on the bezel. The Casio seems to fit my overall look a bit better, more relaxed, a bit more subdued with the black dial, which doesn't clash with whatever other outlandish thing I'm wearing.

Trying to live a good life, doing a pretty good job at that.

Bzilla · 1 week ago
They do the same thing!

Bzilla · 2 weeks ago
Got a cool Timex