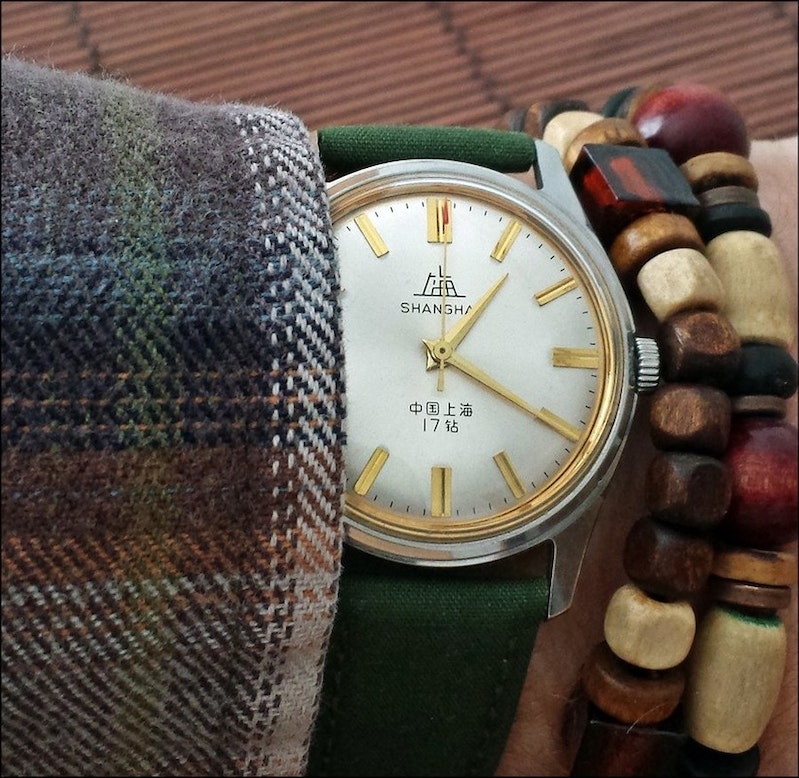 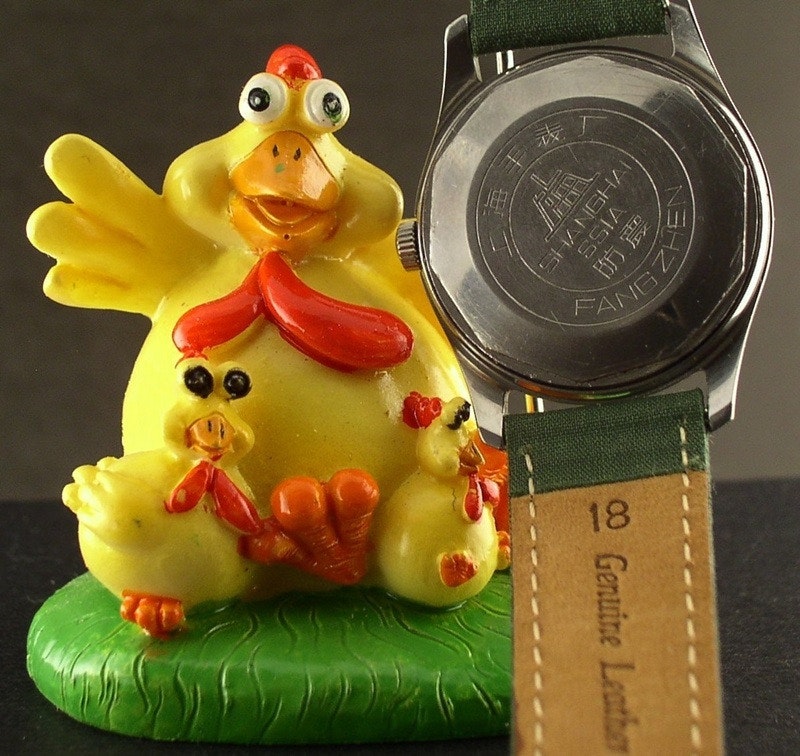 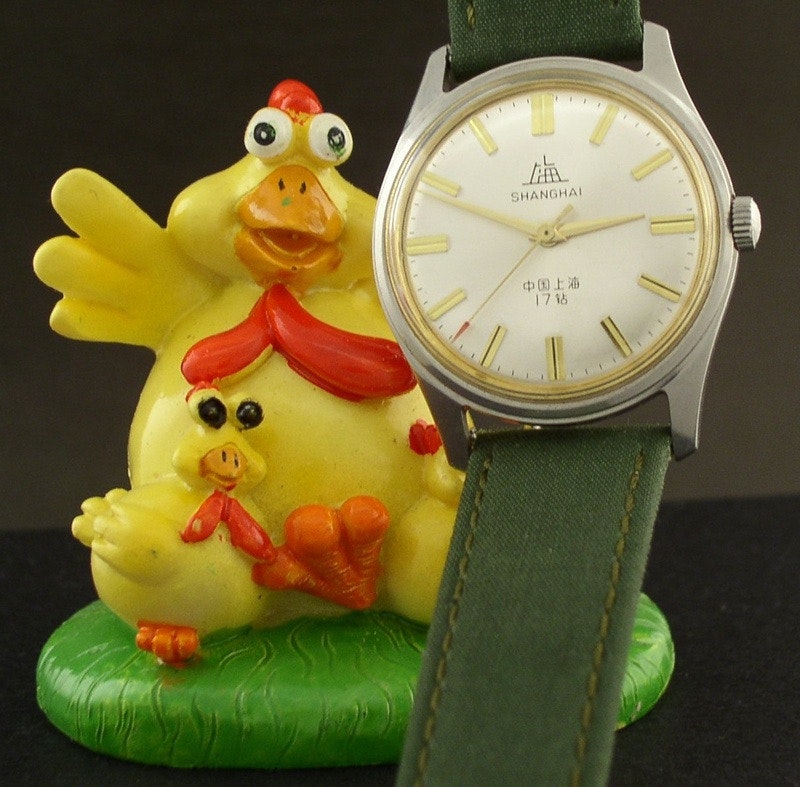 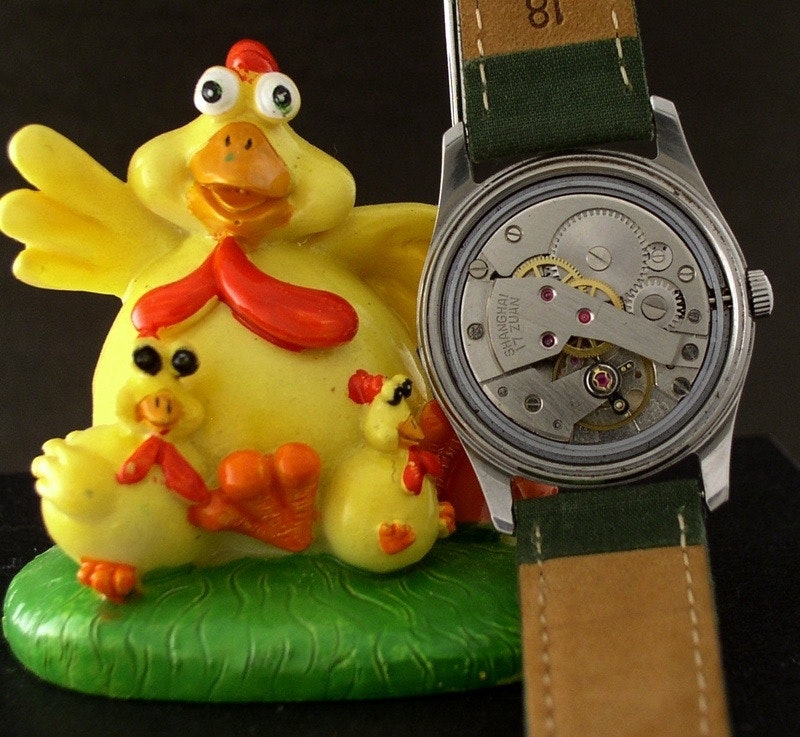 The date code BC is B/second year of production and C/month.

The SS1A was a major development/improvement that followed an earlier set of movements much more closely based on the first Shanghai movement, the A-581. The first SS1A movements were produced in 1966.

Although arguably still based on the A-581 series, I see it more as a transitional movement between the more typical 581 movements (the others in that series all looked quite the same with only minor visual differences) and the Tongji or standard movement.

Here's a 581 movement for comparison.

...and a tongji/Chinese standard movement.

Was this meant for party officials or was this for everyday folks?  It has more of the party official vibe. I like how the gold accents aid readability and also let you dress it up or down.  It is a very pretty watch.

Was this meant for party officials or was this for everyday folks?  It has more of the party official vibe. I like how the gold accents aid readability and also let you dress it up or down.  It is a very pretty watch.

This was regular issue, but expensive.

Here's another example of a general distribution watch of a very slightly later time, from 1973. I'd argue it's at least as elegant, a 1524-726 model that that carries a high-beat SS1K movement, a later version of the original post watch's movement, above..

Shanghai and other factories of the time were producing some very nice watches. At the time, though, watches were rationed. They could be purchased by anyone with a card, but "everyday folks" in China, like everywhere, has some hierarchy. It's a range.

The thing is, even the famous A623 "Minister's Watch", China's first date movement watch, worn by Zhou EnLai , who got the very first piece off the line, even his watch was also available to coupon holders. If you could get one, and afford it.

A co-moderator at Watchuseek (I mod there) Zhang, with the moniker "soviet", lives in Beijing, and described things like this:

"[I] can answer some of the questions how a person got the coupon. There were coupons for watches, bicycles, furniture, etc. So when a coupon arrives, people in a working unit would discuss who this time should get the coupon. Usually it is the guy who needs it most would get it. For example, a guy was to get married, or the guy who never got a coupon, etc.  It was very democratic. It is not only for coupon. For example , I got the chance to attend a one year college course by voting of all members of my working unit. There might be other ways to distribute the coupons though."

And: watches were expensive. For most workers, a watch would cost the equivalent of saving roughly all of three or more months worth of wages. But they were a highly sought after sign of accomplishment and higher respectability, along with bicycles, sewing machines, and radios.