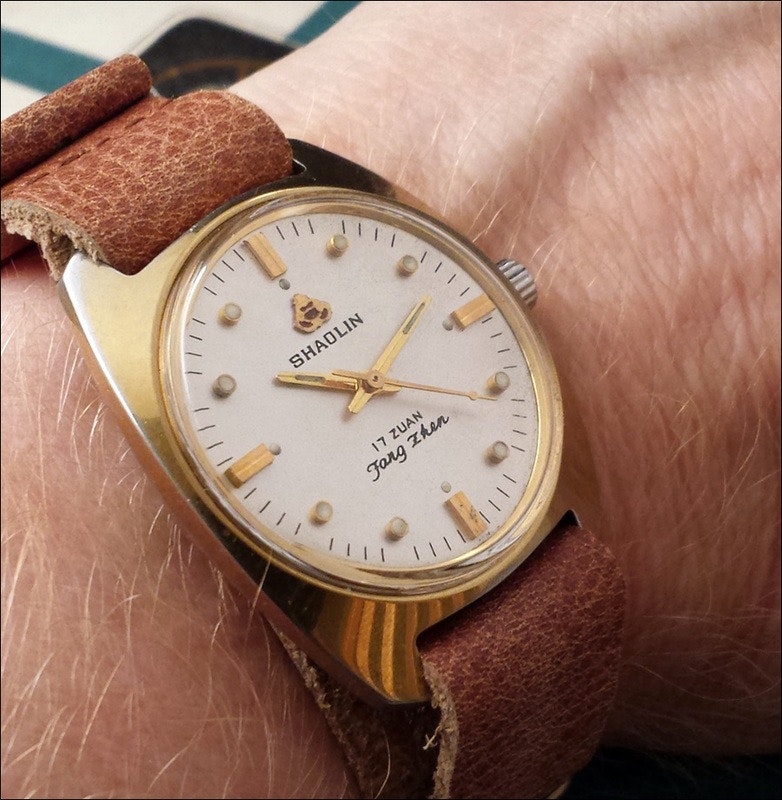 The dial logo is an interpretation of the "weeping buddha" and the caseback figure is a Shaolin martial artist.

One of Luoyang's most important historical sites is Longmen Shiku (龙门石窟) also known as the Longmen Grottoes, a many generations old Buddhist worship location.

Almost all carving at the site, both large and small, took place roughly between the the Northern Wei Dynasty (493 AD) and the Tang Dynasty, 907AD. The smaller holes seen in the photo below also often hold reliefs and statues, and many contain even smaller holes with even more reliefs.

The Shaolin Monastery (少林寺), famous for martial arts, is about 50km (30miles) away and 50 years older. (my photos)

Another amazing peek into the world of VCM. That's a great looking watch. 34mm?

Another amazing peek into the world of VCM. That's a great looking watch. 34mm?