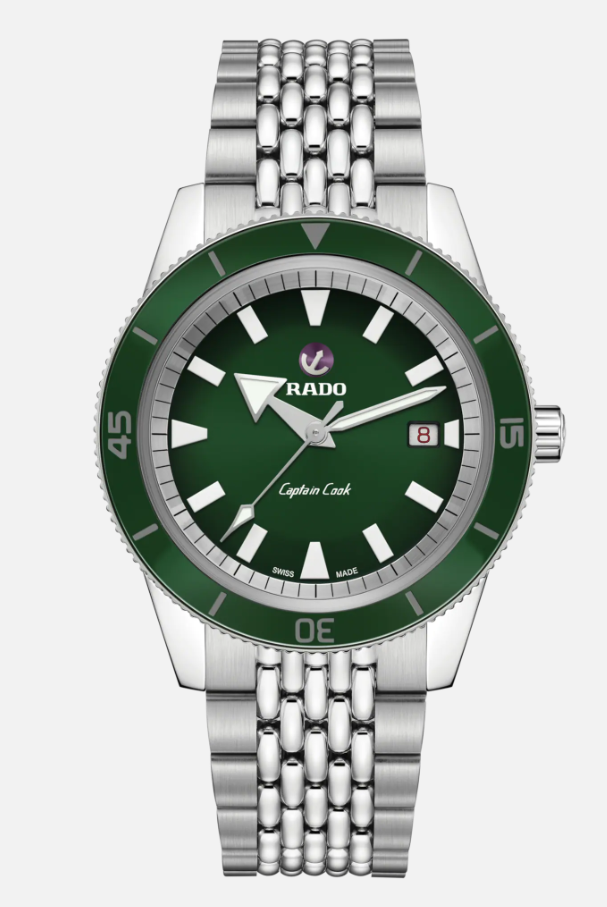 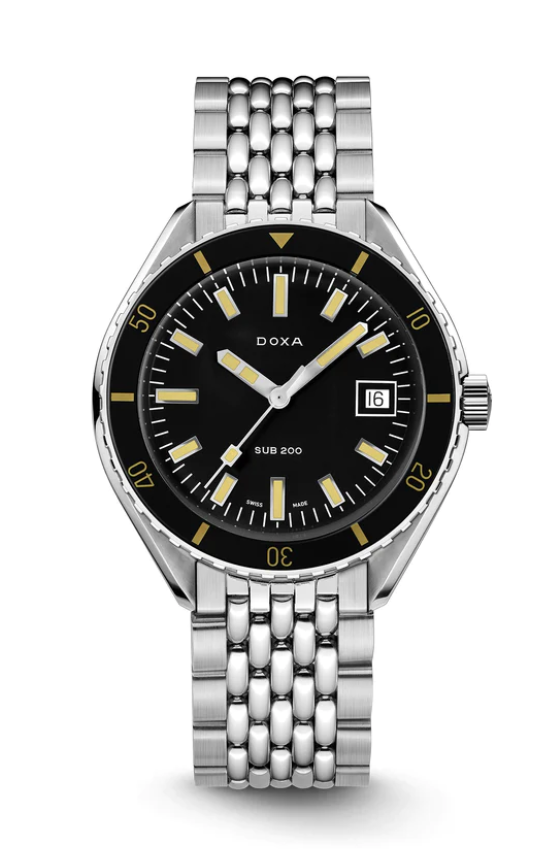 I am still wondering wha my first real nice Watch is going to be. Now I stumbled across two divers, that really seem to be nice good value for the money retro divers.

Does anyone have one of these and if yes what do you like / do not like about it?

Is the almost 250% more expensive Captain cook really worth the extra money?

are there any better options in this pricerange?

Would love to hear some thoughts on this.

im not really sure it is worth all the extra money but i'll go with rado all day long, mostly because i like the looks of it but probably not in a green colour

I think the Rado Captain Cook for sure. Based on looks alone. Such a sweet watch.

The Captain Cook has a pleasant and distinctive look, exists in both 37 and 42 mm case sizes, and brings a smile on any watch lover's faces.

Apart from being presented in the usual suite of funky Doxa colours, the humble 200 does not even look like it belongs to the Doxa range. You'll have buyer's remorse a week later

Instead of the 200, check the HTD Aquatic Pallettoni (https://www.youtube.com/watch?v=J6huWSptGq8) : cheaper and merrier

I would add in an Oris Aquis with a Sellita SW-200 movement and the Doxa Sub 300 as comparable options. If it were up to just these two, I'd go with the Captain Cook. But with those other two thrown in, I'd be hard pressed to decide between the Doxa and the Oris. I'd probably go with the Oris as it's a more versatile watch and I love the brand.

I have the Doxa Sub 200 Shark Hunter and love it. The bracelet is a step up in comfort for me personally over an oyster or other style, subjective but that's my experience. I love the vintage inspired look of the watch, especially the bubble dome Crystal. The finishing on the bracelet and case is really nice.

As others have said in video and written reviews, the watch is 42mm but it really wears like a 40mm because the lug to lug is only 46 mm, and the bezel width is 40mm, so it's a slight compressor case. For reference, I have a six and a half inch wrist and it wears great.

I love the look of the lyre lugs, an effect achieved by the end links of the bracelet being shorter than you would expect for the case, in combination with the polished edge. This is a point of criticism I have seen others opine about the watch, but I actually think it enhances it.

It really doesn't wear as thick as it's advertised dimensions either, because 2 mm or so of the height is from the dome sapphire crystal, it doesn't wear thick like a slab-sided case of the same height would. This includes on a NATO strap. The look of the dial and rest of the watch is exquisite IMO, especially in outdoor natural light. Another big plus to me is the clean dial, just Doxa and Sub 200 and Swiss Made in small print at the 6. I really like a clean dial and am not a fan of clutter with "automatic" and all the other stuff a lot of watches have, just my subjective opinion. The Rado has that same look and appeal to me, clean.

I have heard some people say this is an entry-level Doxa. I suppose that might be true, but it didn't get pulled out of thin air. This watch is an homage to the original 11804, Doxa's first dive watch with a unidirectional bezel that I believe came out in 1963. It is more entry-level in that it doesn't have the helium escape valve, which Doxa developed with Rolex and put on their Sub 300 in 1967, along with the Sea-Dweller from Rolex. And these watches gained fame being on the wrists of Jacques Cousteau and the like. But it is absolutely inspired from their back catalog and I think it's a good watch with a design that is pretty unique in the world of divers.

As for downsides, there are a few and you have to decide whether you can live with them. The lume is absolute trash. I knew that when I bought it and was okay with it because I have other watches I wear for sleeping or night time activities, or camping that have better lume. I really wish they had just made the lug width 20mm and not 19mm, it wouldn't have taken away from the watch aesthetically to notch out half a millimeter on each side, because the bracelet is 20 mm so it flares out a bit. However, I don't take it off the bracelet all that much and I'm actually able to squeeze a 20 mm NATO on there pretty easily. The final downside to me is that the clasp should be nicer for its price point, but it is functional, serviceable and comfortable given that it is thinner.

Performance wise, totally what you would expect from an ETA 2824, about plus 5 seconds per day consistently.

Overall, great watch and I would buy it again, and it's a keeper in my collection. I don't have the Rado but have heard and read great things, decide what you care about the most and go from there. The Rado is certainly more expensive as you noted. Hopefully this helps a bit.

As someone who finds dive watches repulsive, I like the Captain Cook much better due to it having interesting hands, better shaped indices and great color. That Doxa looks like a million other watches.

For less than both of those with as much heritage, if not more, look into Squale. Their 1521 line is amazing for the money, especially on used market. Can’t be beat for the money.

I would get the Rado. I don’t own either, but if I did get a Doxa, it would have to be some version of the 300.

Hey Guys. I really do appreciate all the comments!
I think the Rado it is, even if it means I have to wait some more time to get it! :) I Saw it in a window and I have o say it looks sooooo good in live! unbelievable.

I might add a PRX Powermatic in the end of the year, but who knows haha :)

Do you guys know and like the Sinn 104. Just found out that they are build in my hometomn Frankfurt which gives it a special Character. Still the Rado?

My Grandfather used to be a big watch collector and enthusiast. He told so many nice strories about his watches and explained to me why especially automatic watches are such a big deal. Now I am tryin...