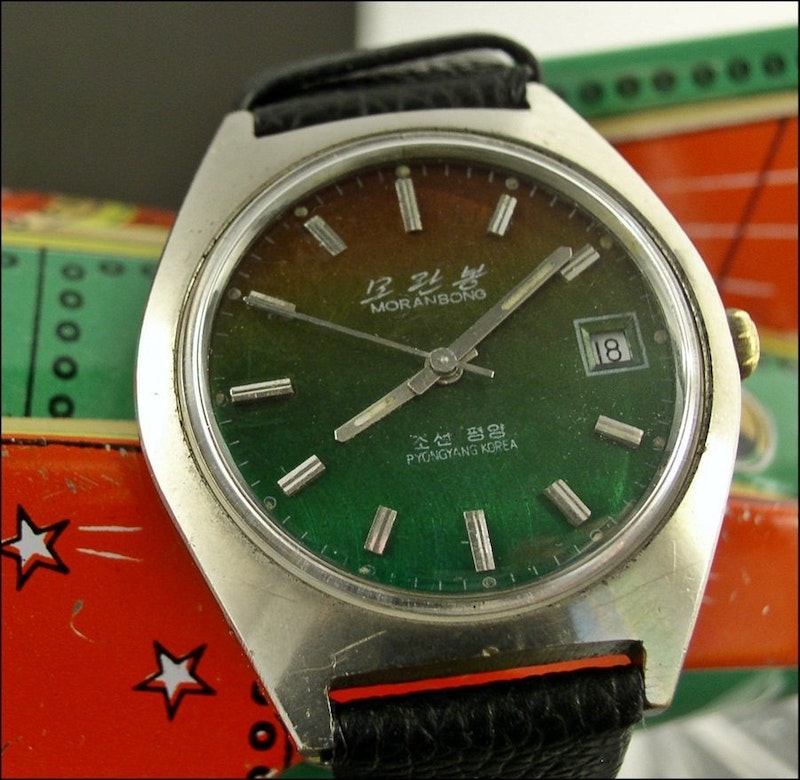 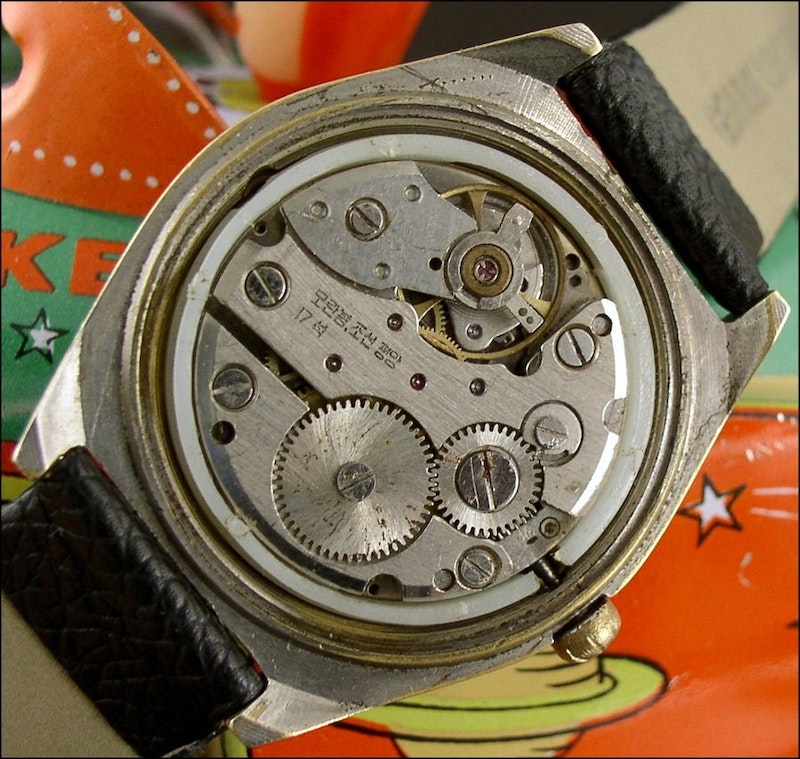 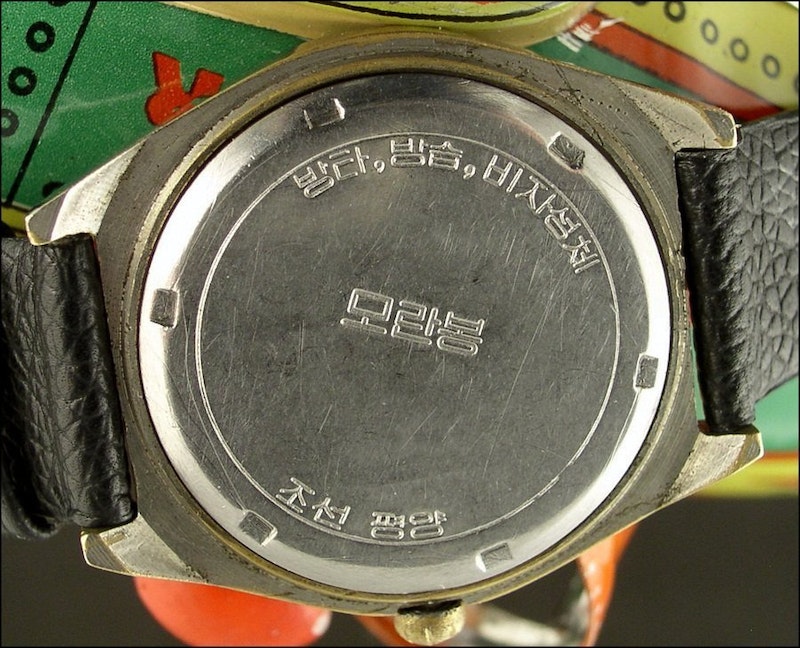 I found this searching Taobao back in 2010 and, although I was intrigued, I bought it knowing even less than what I cover and link to below.

A Google search will bring up more some more details than given here, but there's still a lot of unknowns in the history, at least to me.
I'm thinking this is a late 70s/early 1980s piece, but that's just a guess.

"방 타 = Shockproof // 방 슴 = Waterproof // 비 자 섬 체 = Non-magnetic material // 모 란 봉 = "Peony peak" The name of a mountain in North Korea. 봉 is neither 'mountain' nor 'hill.' // 조 선 = Joseon (technically, a Korean dynasty from 1392-1897 that consolidated power in the peninsula, however DPRK refers to itself by this name, similar to how ROK uses the name of another dynasty / Goryeo') / 평 양 = Pyongyang (capital of North Korea)"

"The movement is essentially a copy of the Semag ES95, the final and highest-grade version of the old ES series of cheap 'Swiss ebauche' movement often finished in Hong Kong. The ES95 has a jewelled-lever escapement, finer balance-wheel, shockproofing and a fully-jewelled train. So its not bad but it is still the top of the lowest grade and a step below the next tier of Swiss generics such as the FHF/ST-96 (itself somewhat inferior to the Chinese Standard Movement).

"The Moranbong movement is different enough that I don't believe the North Koreans were simply buying parts from George von Burg's companies. The differences are as follows: a more robust click mechanism on the crown wheel, an extra screw on the train bridge (where the inscriptions are usually located on the Swiss-sourced movements), a finer balance-wheel than even the best versions of the ES

"So did the Moranbong engineers: a. reverse-engineer the ES95; and adapt it to suit their own manufacturing processes?; b. buy the obsolete tooling from the Swiss in the mid-1980s and modify the design?; c. receive technical assistance from a George von Burg company?"

I don't know the answer to any of those questions, but it's still an interesting--and somewhat difficult to find--piece in my collection.

That’s quite amazing. What a special rare piece. Thanks for sharing this with us!

That’s quite amazing. What a special rare piece. Thanks for sharing this with us!

You're welcome, and that's very kind of you. Thanks! 🤝