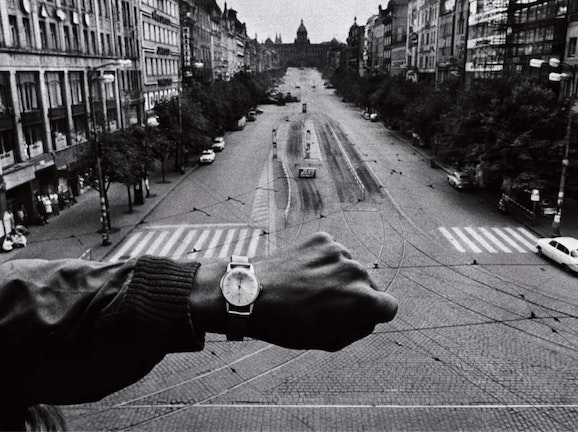 Vibing the new day on bracelet with some Crunchin’

Calixplorer is still on the leather strap. The strap damage from the sharp case edge is more visible here than in yesterday’s WRUW shot.

First ever WRUW post for me and the same watch as every day since it became mine. Certifiably impossible to capture well in one photograph because… I can’t.

#general #design #branding #logos #names
As long as we are talking about the worst , we might as well talk about out favorites too. To start, here are five of my faves so you can ruin them fo... 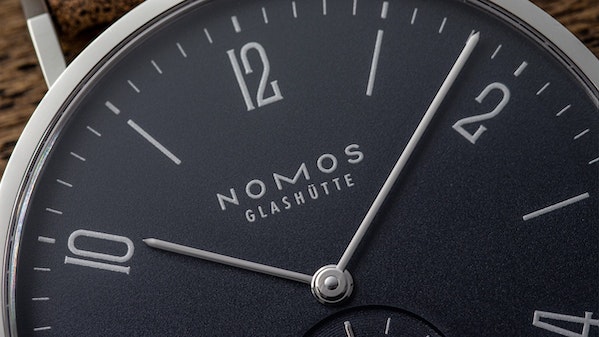 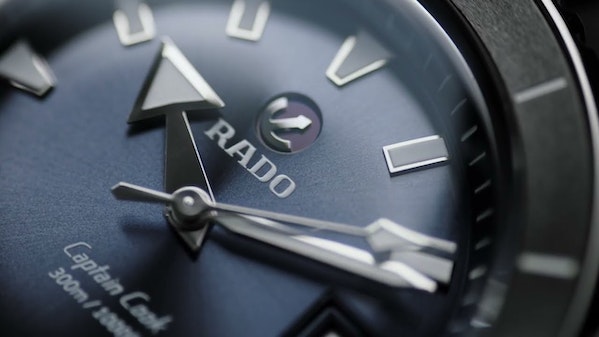 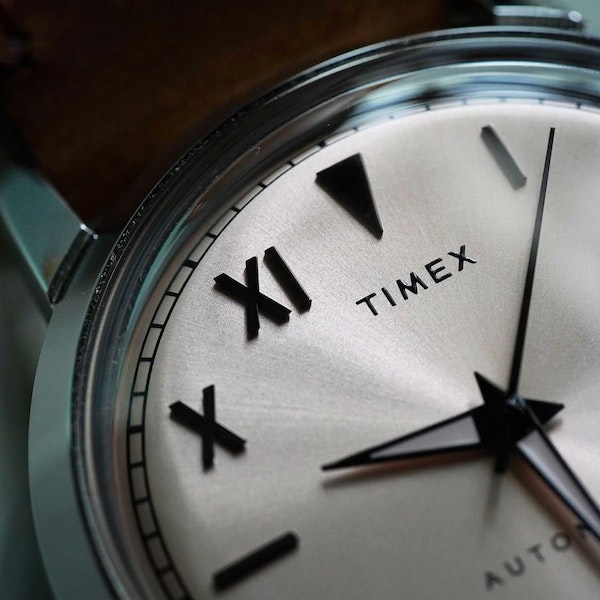 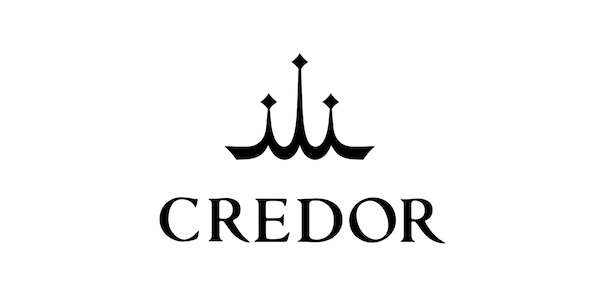 The Future of WatchCrunch: What would you like to see?

#general #watchcrunch #archives
Watch Crunch is out of its infancy. Maybe it’s a toddler now or maybe even a tween. As it grows, the experience of using it changes for new and old me... 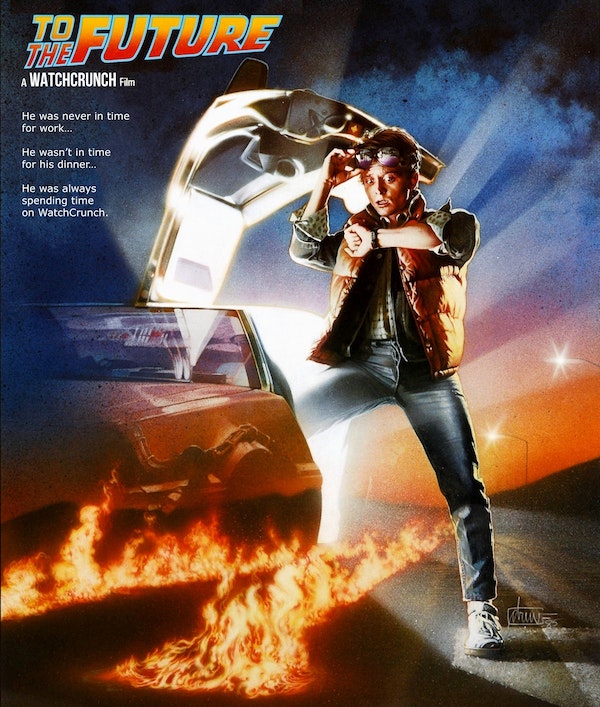 “I wanted everyone to have it…”

#limitededitions #bamford #hype #casio #gshock
And yet it was a limited edition? Fabricating scarcity to fabricate hype, which fabricates speculation … what did they expect? How were they surprised... 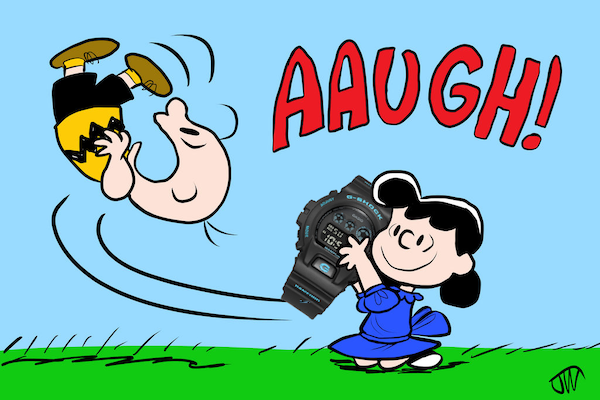 Way back when they were sold as LeCoultre in the US. Much more appealing to me as a single name. Here’s one of my favorite watches (notes here). Logotype looks fine there, nothing too special, but also not en eyesore. Just a solid effort.

Thank you for this, especially that last line.

Well said. I wish I would have framed this better because I think this is part of where I am coming from with my own preferences. (Though my post was also meant to counterbalance the yumyucking going on in the “worst” post.)

I have only been interested in watches for a bit over a year and I come without any connection to any brand (because no family or friend history with them either) and with a education and professional background that has focused a bit on graphic design. So, heritage means very little to me and typography means a lot. Breguet numerals are only ok. Long-winded family names are stuffy. Dials full of specs? Yuck (except maybe with the expansive dials of massive watches, which I don’t really like anyway), put those on the caseback around the edge and leave the center for engraving. IWC’s logo? It feels like someone opened Microsoft Word and used the default Times New Roman. To me.

On the other hand, I am attracted to many microbrands because of their branding and graphic design, brands that longtime watch fans might moan about because they use “basic” movements. I LOVE what Hermès is doing these days because of their attention to type design (more so than and in addition to the fact that they are focusing more on the mechanisms within their watches now). And I’m fond of brands that kind of hide their name away and let their watches speak for themselves (Serica and anOrdain, for example).

As for the examples I used to start off this post, I think they also speak to a capital M Modern (and beyond) focus on graphic design. Nomos (I look past the too-long lugs with them because of the rest of the design) and Credor are relatively new brands. (Ikepod, Traska, and Monta, all of which I mention further down in the comments, are even newer.) The Timex and Rado logotypes I referenced (and Titioni later) could have easily come out of a design house during or since the Modern era. Lip too and the current lofo (the one above) is not their original logo either. And, yeah, it’s killer. As is the labor and design history of the brand, which is more important to me than a lot of the other stuff that other folks prioritize in their watch enthusiasm.

In 1973 Lip became an international symbol for social change. When word about secret layoffs got out, the Lip workforce responded by commandeering the factory, taking two administrators and a government labor inspector hostage before riot police intervened. Undeterred, the workers refused to leave for months, instituting their own system of employee-owned management and reportedly hiding 65,000 Lip watches to prevent the new parent company from going through with the restructuring plans. Their slogan was “C’est possible: on fabrique, on vend, on se paie!” (“It is possible: we make them, we sell them, we get paid!”).

The conflict lasted until January 1974. As part of a peace deal reached between the striking workers and management, Publicis ad man Claude Neuschwander assumed control of Lip and the company rehired all the workers that were laid off.

Neuschwander went right to work, hiring not one, but seven high-profile, freelance industrial designers, few of whom had any prior experience designing watches: Roger Tallon, Rudolf Meyer, Marc Held, Michel Boyer, Isabelle Hebey, Michel Kinn and Jean Dinh Van. The result was a revolutionary collection of timepieces—what could best be described as the first-ever “design watches”—that influenced brands like Swatch and Bell & Ross and paved the way for the Braun AW10 and Porsche Design watches in the late 1970s. Perhaps most importantly, Lip’s ambitious project showed what was possible when an established watchmaker collaborates with a known industrial designer. (See: Seiko’s relationship with Italian automotive designer Giorgetto Giugiaro.)"

To answer your last question… I have finally begun to look beyond the Sinn logo despite the fact that it really bothers me because I really love some of their watches. And maybe the same is starting to happen with H. Moser & Cie. (ugh, that logo), but that really doesn’t matter because I would never ever ever spend that much on a watch.

Fair enough and to each their own. But for me there are some logos and names that I just can’t look past (no need for me to yuck anyone’s yum though, so I figured why not ask the opposite) and others that draw me in. Of course, there are others that do neither and would also not prevent me from enjoying a watch. Heritage means little to nothing to me. And for the record, I am unlikely to spend even $1k on a watch, so there is that to keep in mind when reading my comments too. All said and done, I love a sterile dial and that’s what I have in my one watch. That’s also one of the many reason why I like Serica, who tuck their name down at the bottom and leave their logo (a very nice one, imo) for the caseback.

That date window is something too!

#accutron #lip #design #shape #cases
Anyone have experience with D-shaped (or reversed D-shape) watches to share? Any other watches to add to the six I have assembled here? Bulova Accutro... 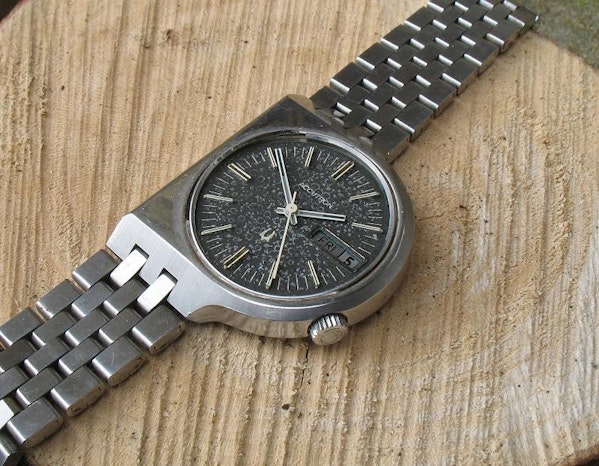 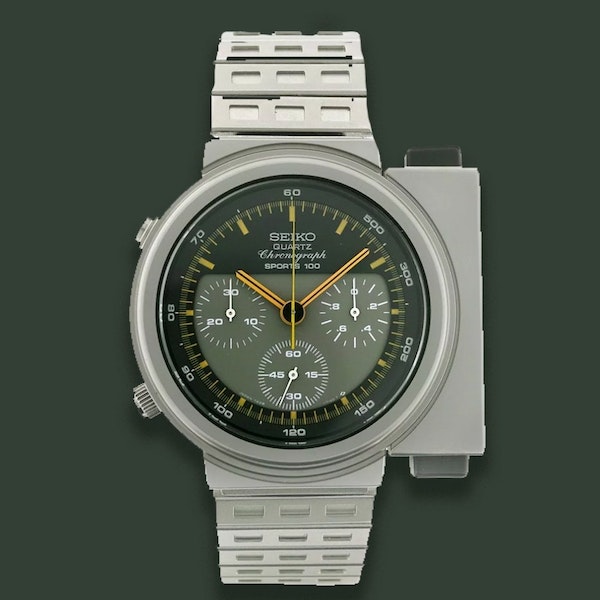 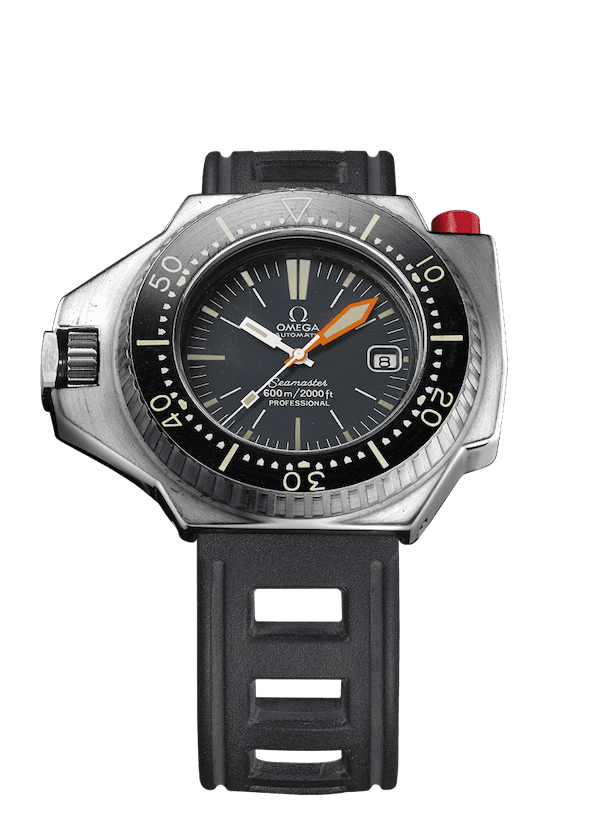 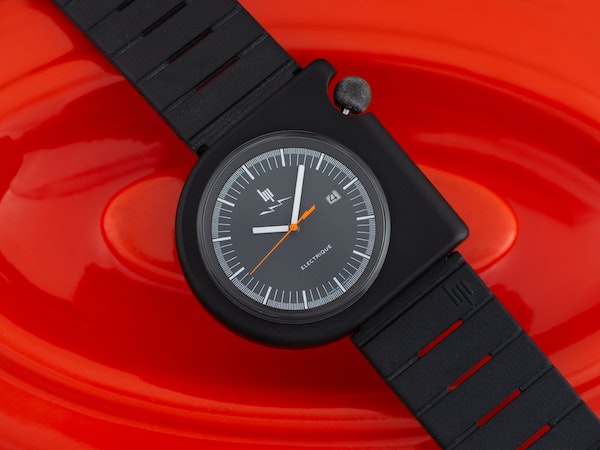 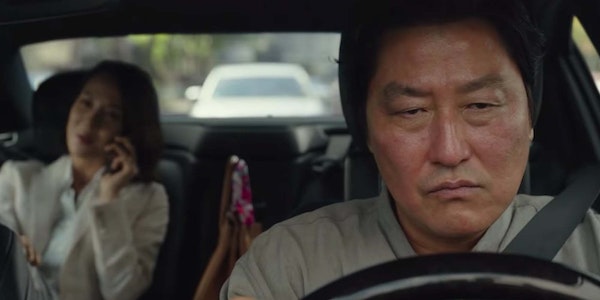 #secondeseconde #france #design #customization #film
Historically there have been many brands that have roots in France, several as part of fashion houses: Cartier, Breguet, Van Cleef & Arpels, Hermè... 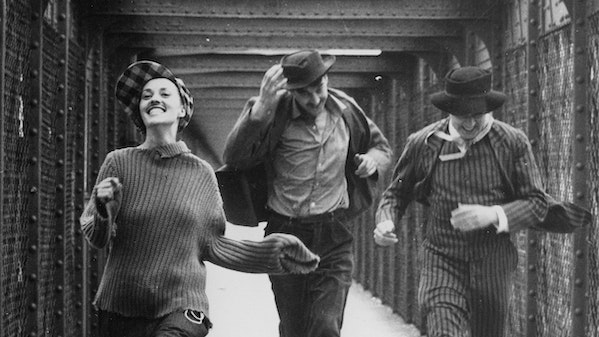 Poll #tudor #credor #glashuetteoriginal #hamilton
I’m with @aurelian. I am over polls.
0 0 comments 47

What are your favorite digital watches from microbrands and collaborations?

#digital #elektronika #chile #casio #microbrands
I’m not very knowledgeable about digital watches. Maybe it’s because I am not looking for them, but I don’t see a lot of microbrand options for them a... 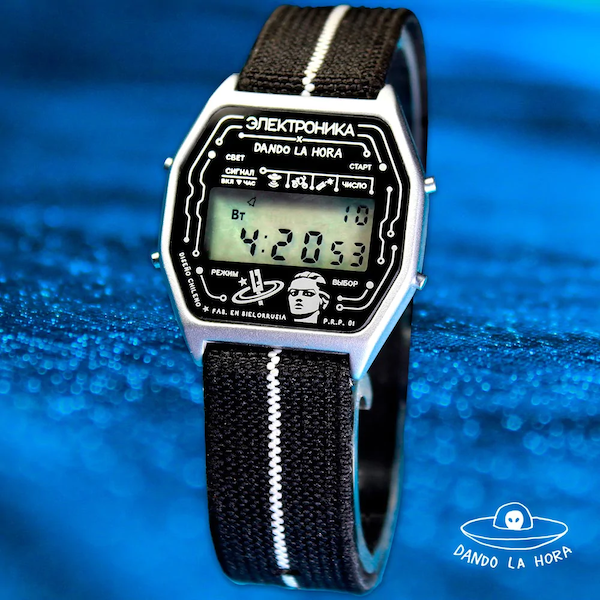 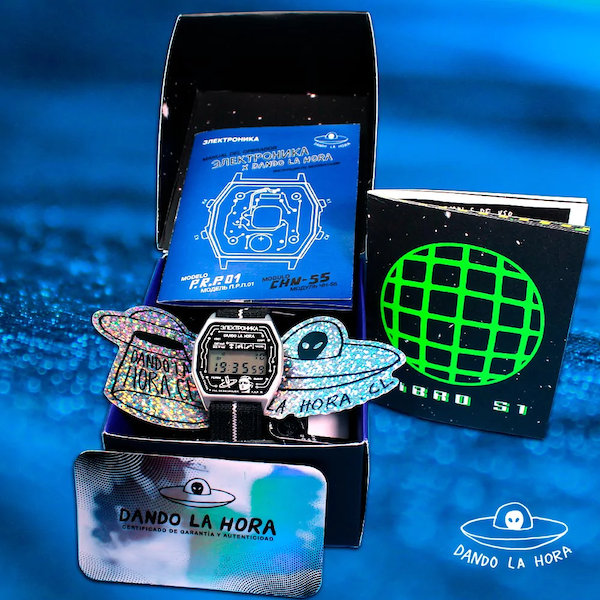 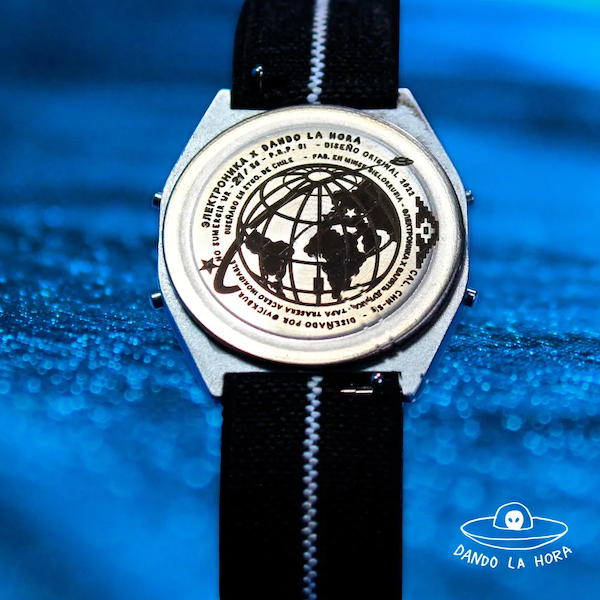 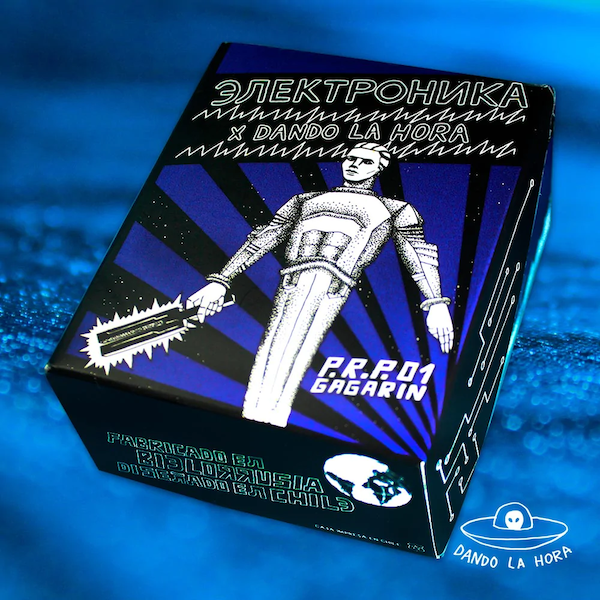 #blogs #design #seiko #reading #general
Here’s another blog pointer… by Seiko watch design has been pretty quiet lately, but the archives are there and they contain plenty of interesting (if... 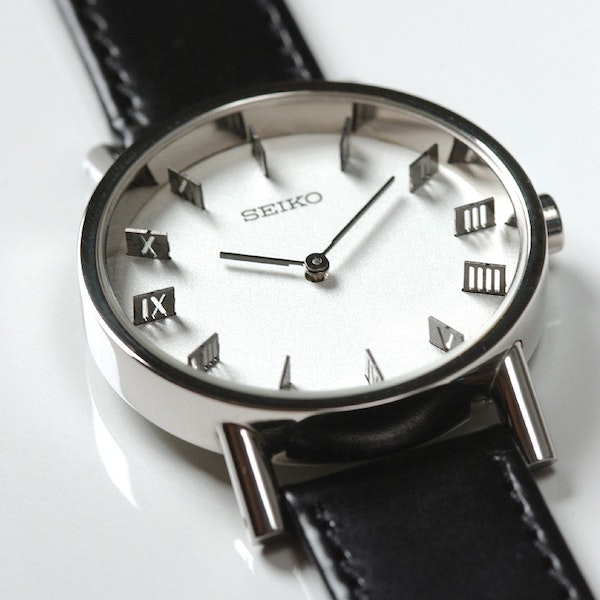 A Hem and a Tuck

#general #customization #anordain #modding #tailors
One of my earliest posts on WatchCrunch was “ What is luxury? And what about watches tailored to their owners? ” Part of my interest in this has to do... 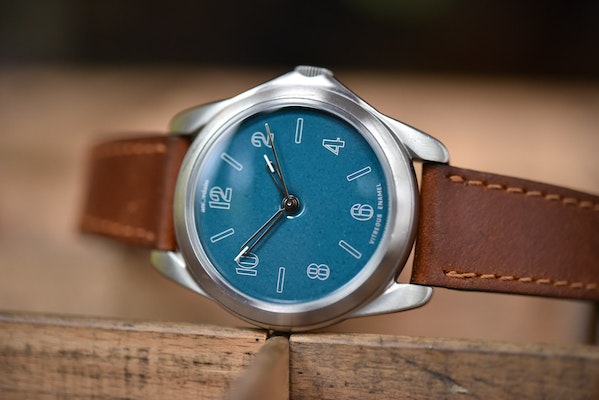