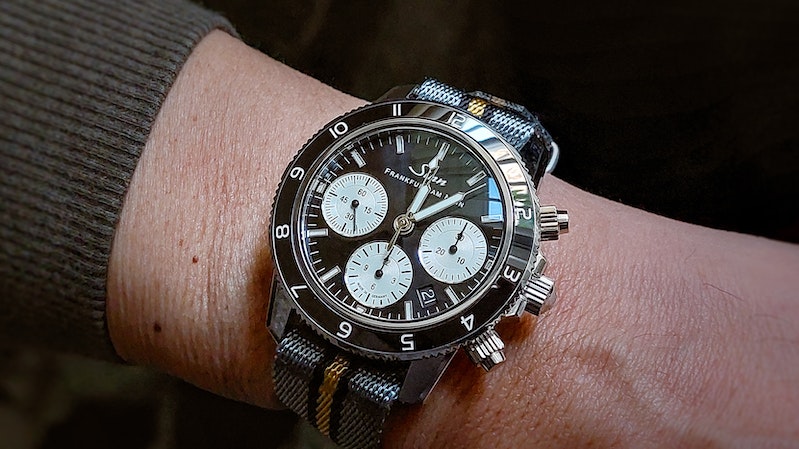 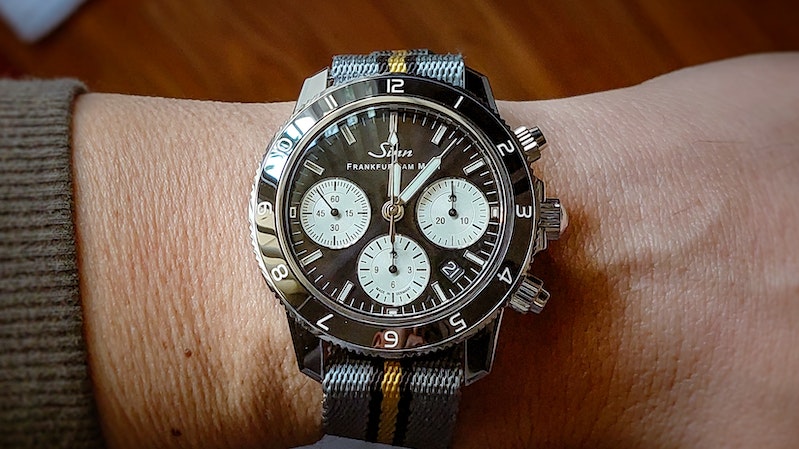 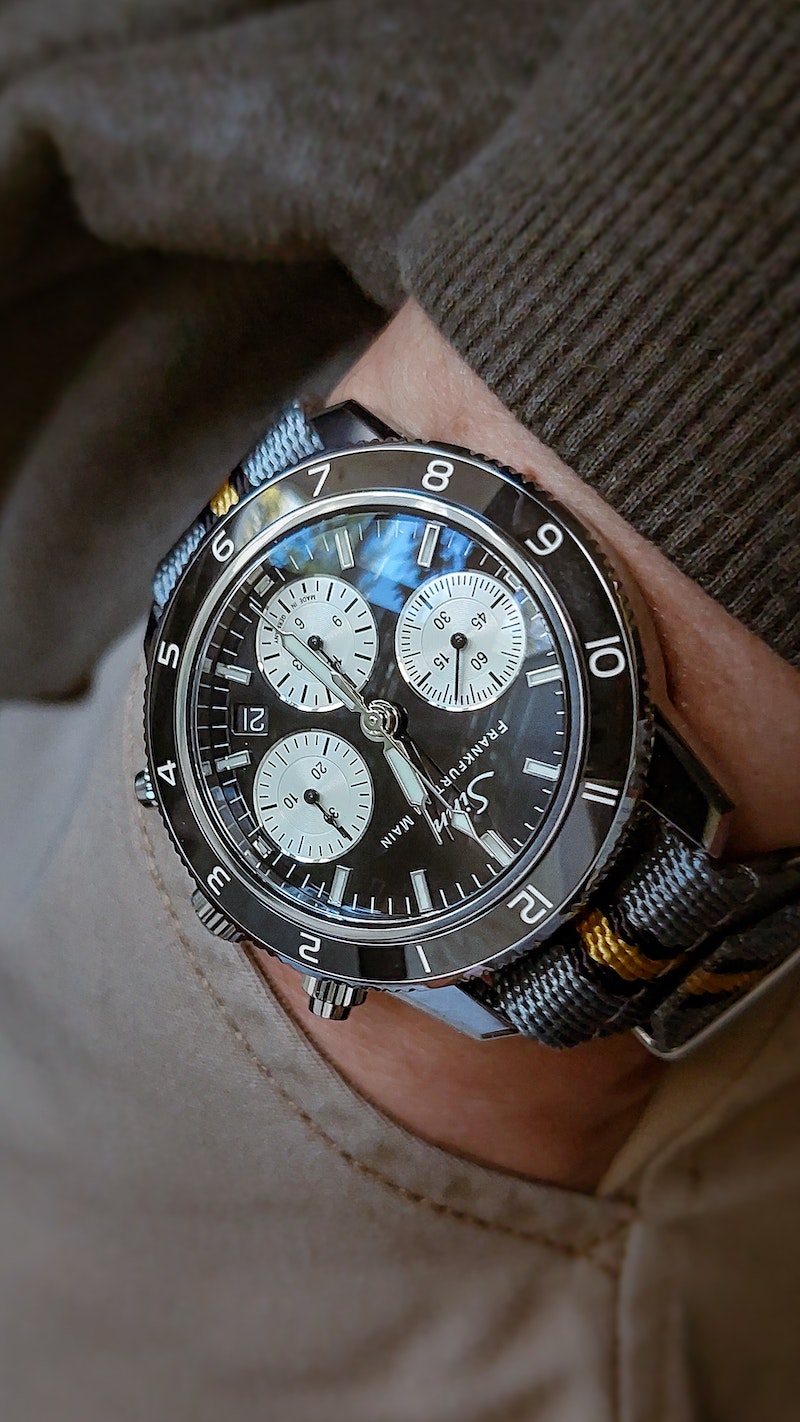 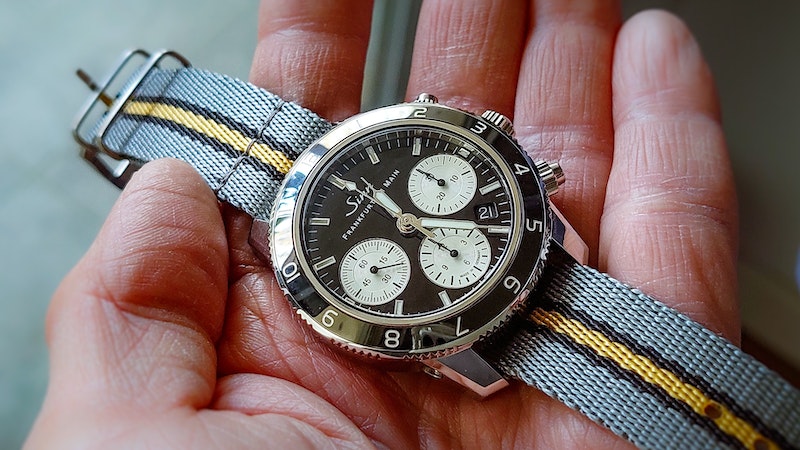 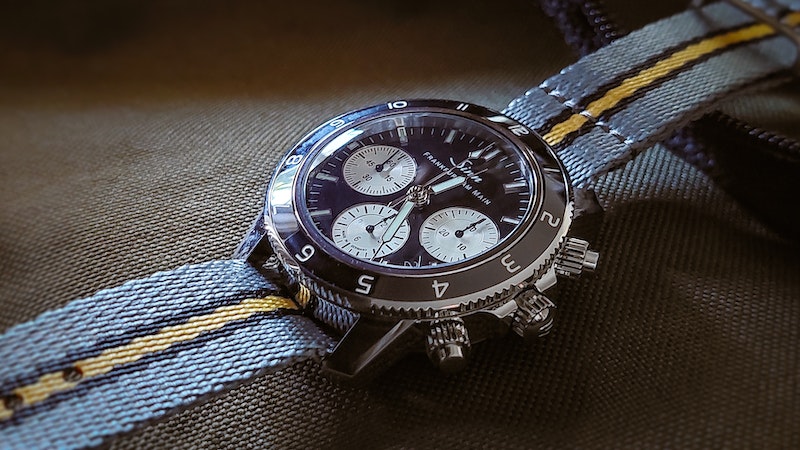 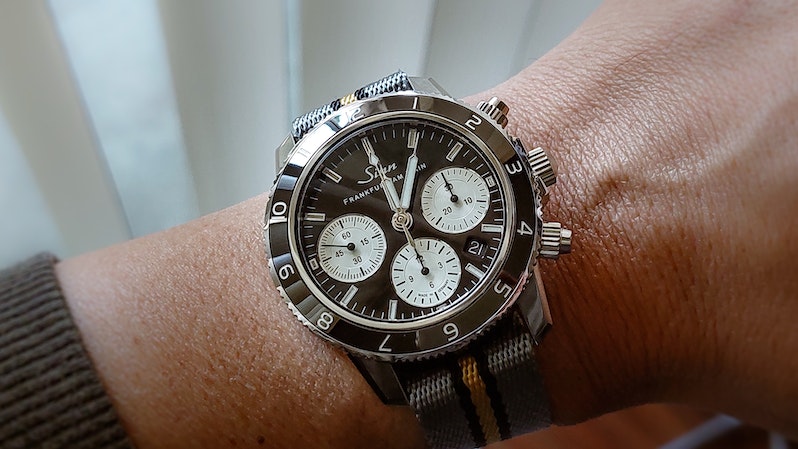 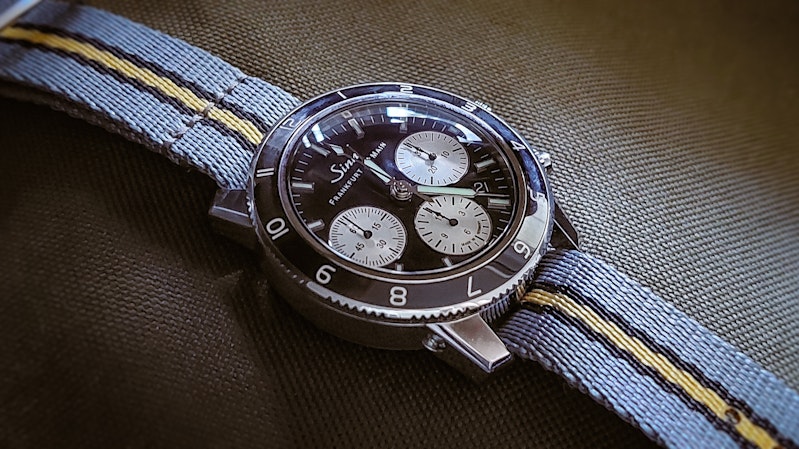 Hope those who have this holiday off are enjoying themselves today. Another day, same Sinn as I posted yesterday... almost. Because of the thickness profile of this watch, I was reluctant to put this on a NATO strap, even a single-pass one. But, what the hell? Decided to try it today... Not doing anything other than my taxes.

I will say I still prefer it on one of the OEM bracelet options available or a 2-piece strap of some sort. BUT, it is not as bad as I was fearing. It IS visually wearable. For this particular watch, I think it depends on type of single-pass NATO used, the strap build (don't want anything that looks or feels too thin or flimsy) and where I have it rests on the  wrist to get the best fit and look on the wrist. I am not bothered by the pairing and I think works fine in this example.

My 103 Klassik 12 is on a Sabre Service Series Strap from Haveston. The watch doesn't have any grey or yellow on the watch. But, the watch is monochromatic and pretty much makes it open to any color combination or accent color(s). I like the use of colors in this Sabre A2 strap. I know the strap design is inspired by the USAF jet fighter of the 50's. But, the color scheme reminds me of the colors used by the German Luftwaffe during WW2 on many Me109's with their yellow painted noses and grey camo fuselage. Thus, it sort of ties into a German pilot (chronograph) watch for me.

Anyways, this was a simple excercise to see IF I could agree with a single-pass strap with this watch and I would have to say in this case, yes.

KhronoKraze · 1 day ago
I never used to be into strap changes. But, nowadays it's almost a necessity to have decent options.
KhronoKraze · 2 days ago
If you have one, what color is your MN (style) strap?
KhronoKraze · 6 days ago
Field Watches - Not every design is for everyone, but everyone should be able to find a likable design.