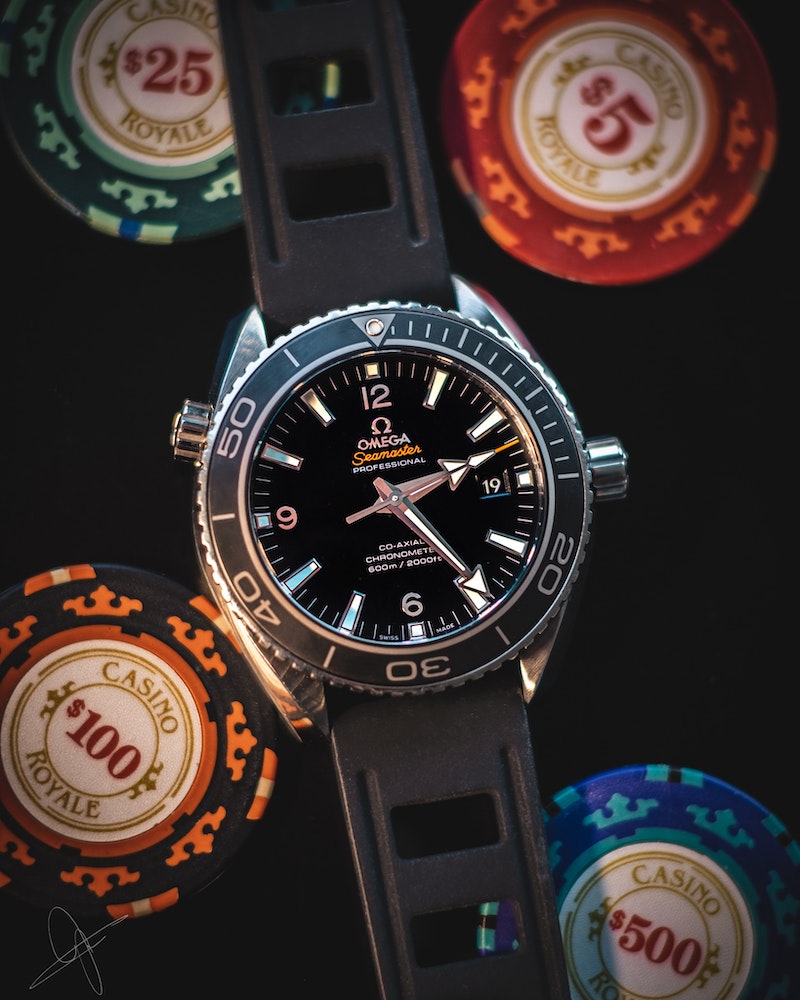 I'm curious to know the stories of those that have used significant life achievements or milestones as a reason to purchase a luxury watch? He's my story of how and why I bought my Omega Planet Ocean.

I'm a nerd, full stop. To start, I founded two tech companies that build complex apps and software. I've been a Star Wars fan since I saw the movie in the theatres in 1978. I love spy stuff like James Bond and have always loved gadgets. I've never been into luxury for luxury's sake.

Shortly after I started my first business, Casino Royal launched the Daniel Craig phase of the 007 franchise. I absolutely love the new direction and loved the Planet Ocean Omega he wore in the film. I told my wife that if our new digital agency ever grossed a million or more, I'd go buy the Omega Planet Ocean. (She had no idea what watches like that cost.)

Cut to the morning of my birthday five years later. While lying in bed checking email on my phone, I saw a message from a client that we'd been negotiating our biggest deal ever with. The email was the signed contract that pushed our revenue over a million for that year. At that moment, I forgot about the reward of the Omega Planet Ocean that I'd promised myself, but my wife did not. She said, "Well, it looks like we're going to the jewellery store to get that watch!"

So that evening, we headed off to the local jewelry store to buy the watch. We did not have an Omega Boutique at that time, so we instead went to the local mall to pick it up. We walked over to the watch and asked to have a look. As I put the watch on, my wife saw the price tag. She had no idea that it was $6.5k! "Holy shit, honey, that's an expensive watch. I had no idea watches could cost this much!" She gave her approval, and I actually negotiated $500 off of the retail, which I have since heard does not happen often?
I've now had it since 2013, and it was the spark that helped me co-found a luxury watch search engine called luxxee, and I am now slowly growing my collection of watches and have become a amature watch photographer as well.

That's so awesome! I have a similar story that ends in a Planet Ocean being my first really nice watch. It is quite long, but I posted it on my blog recently if you'd like to read it!

That's so awesome! I have a similar story that ends in a Planet Ocean being my first really nice watch. It is quite long, but I posted it on my blog recently if you'd like to read it!

Amazing story, I wanted the Chronograph, but at the time could not make the justification for the next level up! It's still on my list though.

Amazing story, I wanted the Chronograph, but at the time could not make the justification for the next level up! It's still on my list though.

It's a big watch, but I love it! We got lucky that we were able to get it pre-owned at a great price, or it would have been way out of budget!

Amazing story; I love to hear the tales behind the timepiece. Wearing watches that mark important milestones are so much more rewarding, in my opinion. 🍻

I am the co-founder of a luxury watch shop and compare site searchluxxee.com and collect mostly tool watches that vary from Seiko Flightmasters to my Omega Planet Ocean. I'm also a bit of a watch phot...

Jaypiddy · 5 months ago
Rolex is no longer a retail brand