What’s the difference between this and a H. Moser & Cie Heritage Centre Seconds? 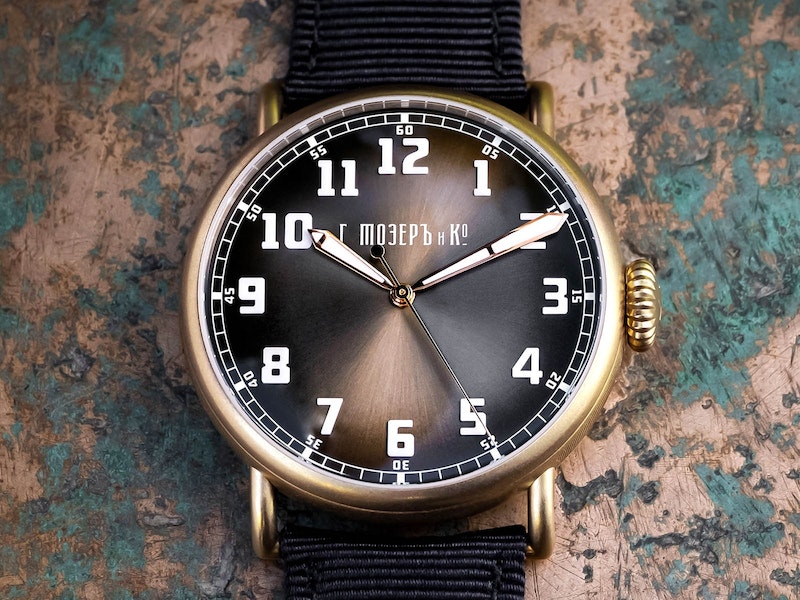 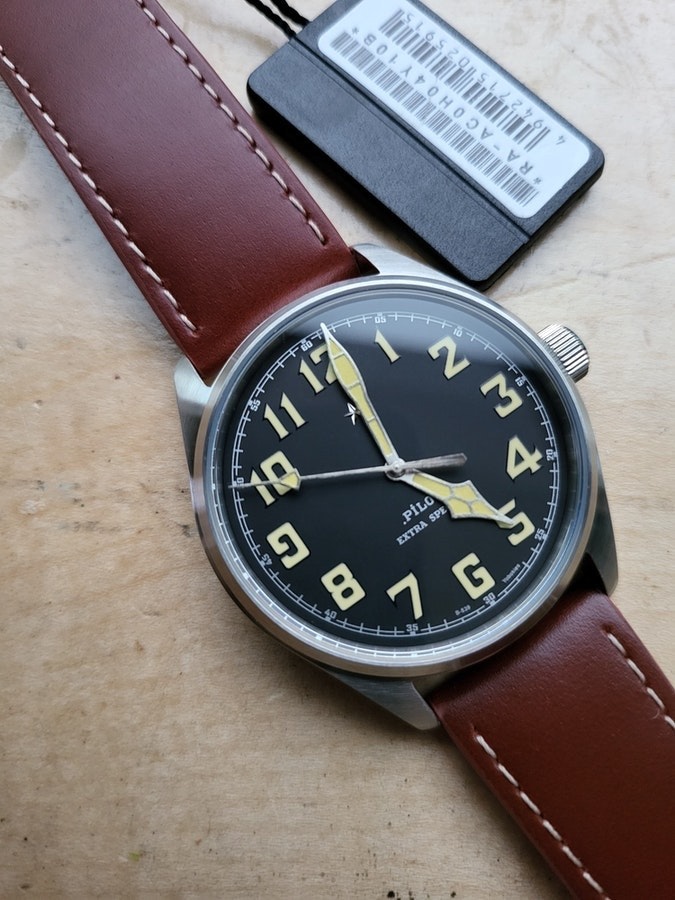 You know that old joke?  (Plagiarized mercilessly from a recent Watchfinder video.)

Q:  What's the difference between a billionaire and a millionaire?

A:  About a billion dollars

So, what's the difference between this and a H. Moser & Cie Heritage Center Seconds?  About $28k.

I fell in love immediately when I saw this:

So, I started looking at this, instead:

So, I ended up getting this, instead:

It’s a Chinese rep of the Zenith Type 20 - you know, a fake!  I’ll often buy fakes from China, just to try out a watch on the wrist for a few weeks, to see if I really like it or not, before committing to buying the real deal.  Funny thing is, as far as the case and dial are concerned, Chinese reps are so good at this point, I would be hard pressed to tell the difference between the fake and the real deal.  Only if you interact with the crown / movement is there then some sort of giveaway.  But, even then, the Chinese have gotten so good at movement manufacturing that when it comes to “super reps,” especially for Rolexes and Omegas, even an enthusiast might have a hard time telling.

Anyway, the watch sucked.  It’s 45mm diameter and 15mm thick!  And it feels it too!  So, I gave it to my cousin, who I really don’t like all that much.

Then, the clouds parted, rays from Heaven shone down…  @BRSEvolve does custom mods!  I asked him if he’d be willing to build a pilot’s watch for me that looked like the Moser Heritage Centre Seconds.  @BRSEvolve then...

All for a criminally low price!  It’s beautiful in my book!

Given all that, I personally have a hard time understanding the value proposition on offer from Moser.  I mean, Mr. Talking Hands always goes nuts over Moser:

So, what’s the ultimate value proposition behind H. Moser?  I think it’s gotta be its uniqueness amongst Swiss watchmakers, its heritage, and its brand, right?

H. Moser’s are incredibly rare (1,200 produced per year), incredibly high quality, and Moser is synonymous with haute horology combined with a sense of humor, right?  That’s, without question, worth a lot of money.  I mean, genuinely, who else is going to be able to make these, just to troll everyone else?

Is it worth that much money, just to be one of the cool kids?  Maybe so!  It’s all relative, yeah?  I guess if I made as much money (and were as good looking) as Charlie Sheen, and if I were in his shoes, I’d probably get a Moser to burnish my reputation!

So, given all that, would you get the H. Moser Heritage Centre Seconds?  Or would you be happy with a @BRSEvolve Pilot’s Watch?

Or you could buy this:

Or if cathedral hands are necessary, this:

But, that being said, @BRSEvolve did a great job on your watch.

i might be blind or crazy but i like @BRSEvolve orient design more than the h moser that you mentioned. i can't stand the h moser logo on that dial, it fells odd, not to mention the $28500 price tag but thats a relative subject. if i may suggest you to change the orient stock crown to the onion style crown and it would be perfect pilot watch 👍

also which is cheaper the mod orient or the zenith replica?

I think you made the right choice, having that modded watch is objectively better. I also think any watch over ~$500 is over priced so, may not be the best judge.

This really is the same question from my high school days, just with watches instead of clothes.

Were Girbaud jeans or OP tees THAT much better than Wranglers or K-Mart?

Oh no, the tritium tubes on that Ball are horrendous - kill it with fire. I’ve flagged that one before - it’s a glow in the dark watch that I would never wish to see glow in the dark. It’s like someone gave a squirrel an Etch-a-sketch.

Before I read the original post I said price. The answer is always price. Then if it is if give a f***. Most of the time, that’s the end of the thought process. I think this watch is too contrived - it’s trying to look ancient and as a result just looks like costume jewellery, like it complements some steampunk costume that also costs ridiculous money and you would wear once a year on your anniversary when you and your partner pretend you live in Rapture and dance to 20s music and drink cheap gin.

So… I’m on the fence

wait so your saying you ❤️ Tritium tubes 😂

The rebuild is amazing, well done.

also which is cheaper the mod orient or the zenith replica?

The mod orient was cheaper!!!

Thanks for the shout glad you're enjoying it!

I can only say if I’ll ever get myself a Moser, it definitely won’t be this model

Hruodland makes a decent version of this watch, the XZ01. And then, there is Mysterious Code...

i might be blind or crazy but i like @BRSEvolve orient design more than the h moser that you mentioned. i can't stand the h moser logo on that dial, it fells odd, not to mention the $28500 price tag but thats a relative subject. if i may suggest you to change the orient stock crown to the onion style crown and it would be perfect pilot watch 👍

Or you could buy this:

Or if cathedral hands are necessary, this:

But, that being said, @BRSEvolve did a great job on your watch.

Dude, when the Kuoe first came out, it was totally on my radar!  But, the whole modding scene is amazing.  I mean, you can get whatever style you want for absolutely ridiculous prices!

I really want to like Ball.  I mean, the connection to the railroad is really cool.  But, I just can't get behind the whole tritium tube thing!  Always makes me think of this...