Watches as investment: An 8,000 word dissertation, heavy on the finance and economics wonkery 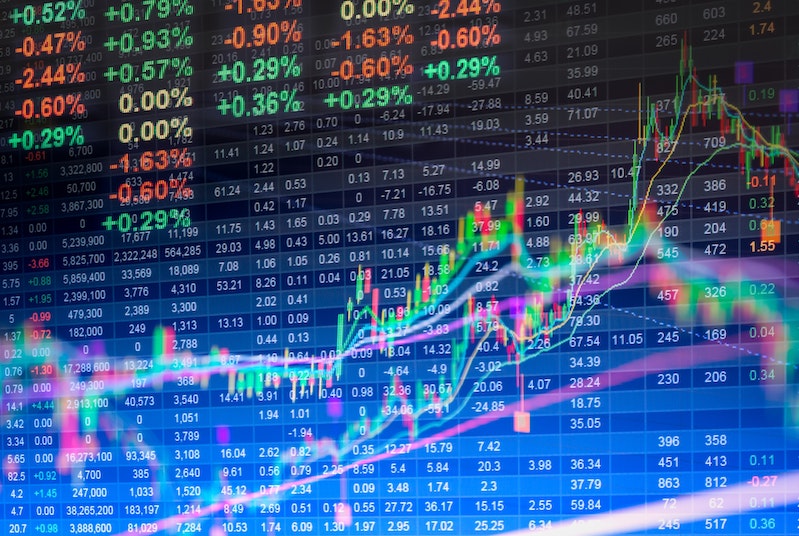 TLDR; NO, WATCHES ARE NOT GOOD INVESTMENTS

Okay, I know this topic comes up all the time, and it’s all the rage on watch forums, etc., etc.  I’m going to approach this topic as a pure autist, and answer using very wonky economic jargon.  If I were to post something like this in the traditional watch forums, or Reddit, or whatever, flame wars would immediately break out, because all anyone wants to do on those platforms is score Internet points.  I’m hoping that we can have this kind of reasoned discussion here on WatchCrunch, without the usual Internet a$$-hattery.

Ever since the Instagram Effect took hold starting in 2016, prices for luxury watches have skyrocketed, for both new and used, especially for very particular Instagram darlings.  And, in lockstep, the question is now always, “Are watches good investments?”

Before we can answer the question, we need to lay out our definitions.

What is an asset?

What about assets that don’t produce yields?

What is a watch?

But, why aren’t watches good investments if I can make money off of them?

But, what if I buy it at MSRP from an AD?

So, no, watches are not investments.  They are not financial assets, but instead are durable consumer goods.  And, if you think that watches make good investments, I got some refrigerators and toaster ovens to sell ya.

As a final note, I will say that Rolex finds itself in a very, very tough bind, in terms of long-term brand equity.  Here’s why:

Now, I want to be very clear:  This post in no way whatsoever is designed to impugn WatchCrunch members who love Rolex.  Every single WatchCrunch member I have ever had the pleasure of interacting with has been nothing if not gentlemanly / gentlewomanly, kind, thoughtful, and truly a lover of watches.  Every WatchCrunch member who has posted about Rolex and their love for Rolex has struck me as a genuine and admirable lover of Rolex watches.  There are a bunch of WatchCrunch members who have gotten their Rolexes at MSRP, who did not grovel, who did not play games, who were just genuinely, fantastically fortunate and their fortune was undoubtedly well-deserved.  I am simply making an earnest attempt to explain in the most autistic fashion possible why watches are not investments, and using Rolex as an example, because Rolex is the #1 choice for those who see “watches as investments."

Sorry for the 8,000 word dissertation.  But, as the Blaise Pascal quote goes, “I would have written a shorter letter, but I did not have the time."

After reading this, I am diversifying my portfolio to include crypto, watches, AND cars. It’s just so hard to post a well-lit crypto shot to Insta. 💎🙌🏻 🚗⌚️🚀

Welcome to the Eveything Bubble! All WatchCrunch posts are part of the blockchain (not really, but they could be, oh wait maybe they are). All watches are little more than NFTs, a few are both, and fewer are all that plus as thin as prosciutto is usually sliced

I enjoyed this - it‘s a polarizing topic, but you’ve managed to describe and discuss the underlying mechanisms of investment vessels without inflaming it. Great read this morning over breakfast!

This is just the long way of saying that everything I've accumulated my entire life is worth $0.00.  Sounds about right though.  LOL

Gona be honest.. I didn't read 95% of it, but gave you the heart for effort. Impressive amount of work went into this.

thx man, today i learn something

Nicely said. I think it’s really sad, that the whole investing and flipping thing has gotten so big in watches. for a lot of people it’s just a quick cash grab. And the more often it works the more often people are going to try and stand in line for hours on end to make a quick buck.
although i understand these people (everyone wants to make money if they don’t have much) I really wish the hype would die down so a lot of us could afford the watches we want.
Best example is a sub. I would love to own one and am perfectly willing to pay retail for it at an AD. I want to be the first owner of the watch. The second one will be a future kid of mine. But I ain’t payin 2 times the price for it. That would not set the example for my future kids that I want them to have. Hope this makes sense.

thanks for the insight Mr. Nut. I wasn’t wrong in waiting with anticipation for your next post.

Well, I am glad that issue is settled. We won't be having that argument again.

Thank you for the thorough analysis. When I was posting one of my snarky comments yesterday I had a picture of one of the old Electrolux vacuum cleaners ready to go as an example of an investment. I did some internet research to see if they had measurably appreciated as a collectable.  But, they were expensive in 1948 relative to inflation. (So, was grandfather's watch.) I could not make the comparison work.  As a durable good the Electrolux did not retain value, but was wildly overvalued at the start.

I was briefly in the wine industry and saw what happened to Cristal (and Tanqueray). The usual response by brands that get hot and are worried about getting pigeon holed is to raise their prices and create a barrier for entry.  I don't know if Rolex is consciously doing that.

I collect watches because I love them and use them; I am not a flipper. And I make extremely balanced and thoughtful decisions about every purchase, and I (and many others) can flatly state that watches are superior investments far surapssing anything else in the market except choice real estate if you know what you are doing. With all respect, and in spite of the economic background you supply in your article, you are wrong.

Leaving the unending gray market discussion aside, Rolex will have no trouble in the present or the future market whatever they will do, despite the irritation (rightly) felt by consumers; this idea is imaginary and solely in the minds of collectors. Additionally, Rolex is so embedded around the globe that it has acquired the virtual status of a hard currency and is now widely used in countries with unstable or worthless currencies or during periods of turmoil like the present. Furthermore, Rolex (in their foundation) has so many extraordinary, high value worldwide assets on their books, they could stop producing watches tomorrow - and survive for centuries 😆. I love Rolex too, but they do not have to bother 2 cents about what the collectors think about them.

What a post. Respect to the time and effort that's gone into that.

I have never engaged with "watch investment" chat because it will very likely never apply to me (no one is going to want my well 'consumed' watches after I've worn them for a few years), but this was a great read to understand the arguments involved

Thank you. I feel schooled. 👍

Great article @Omeganut!  You make it hard to argue, but I'm going to offer one other perspective...

You absolutely have made many great points and I don't want to go head-to-head on them, ha!

However, the commonly accepted definition of investment is "putting money into an asset with the intention of earning a return."

You can absolutely put money into watches (Rolex, Patek, AP, etc) and have a high degree of probability that you're going to get a return.

I didn't see baseball cards or sports memorabilia on your list above, but many people have, and do, invest in them.  They would also be a non-traditional form of investment.

In regards to "watches not being assets" I'd have to disagree.  I think it's arguing over semantics if they are, or are not assets.  I do know for a fact though that financial institutions (yes, banks!) DO consider watches as assets.  I know a number of people who have their watch collections listed on their personal financial statements (myself included) and banks don't bat an eye at it.  If banks will accept watches listed under the asset column, I will too.

P.S. It's refreshing to be able to disagree with someone respectfully.

Correct, consumer products are generally not financial assets, in the sense that they produce a yield. Some may increase in value, but since there really isn't a natural scarcity when it comes to consumer products, they generally do not. One also has to take into concern the opportunity cost: How does the watch compare to a traditional investment, if the same funds would have been invested in an index fund, for example.

It's also a small and largely unregulated market. Even just determining the true value of a watch is tricky, the transaction even more so. And you comparison with the Elvis memorabilia is correct: There is no guarantee that the market will exist in the future.

Nice review and discussion. My very short take - I make money on what I do well. I’ve been fortunate to do well enough that I now collect watches as a hobby, for fun! 😎

I doubt I’ll ever sell any, that will be the kids and grandkids problem when they inherit them! So - agree, durable goods, long term value - don’t care. 💸

I like this forum to discuss what I and what I may get in the future to contribute to my long term joy. That, we all need. 🤗

After reading this, I am diversifying my portfolio to include crypto, watches, AND cars. It’s just so hard to post a well-lit crypto shot to Insta. 💎🙌🏻 🚗⌚️🚀

Too funny!  We could have a very, very long discussion about crypto.  Unfortunately, the initial promise of Bitcoin as a stable currency (serves as a good store of value and medium of exchange) has not borne fruit.  Government officials, fearing that their ability to put their jack boots on the necks of their citizenry might get eroded, have effectively regulated away Bitcoin's ability to serve as an alternate, independent currency.  Beyond that, Bitcoin isn't well suited to serve as a medium of exchange, due to the inherent limitations in its ability to process transactions quickly at scale.

But, I do hope that someone, somehow does figure out a way to create that independent, distributed currency - I worry deeply about jack-booted thuggery from government officials.

Here's the best read I've ever come across on how to think about Bitcoin and its price and volatility:

By the way, you definitely need to diversify your portfolio to include a SIM rig.  I mean, dude, ENDLESS hours upon hours upon hours of entertainment.  And read up on Assetto Corsa!  They literally laser scanned all those race tracks around the world to capture and simulate every single bump on the track!!!