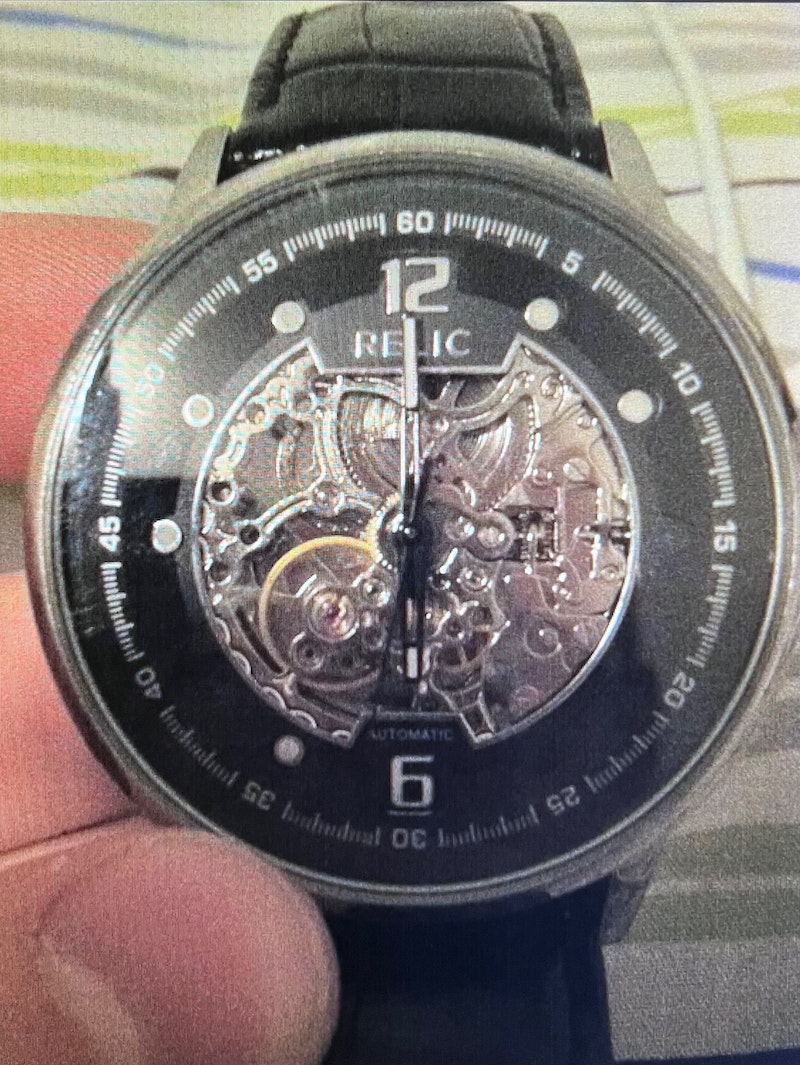 I was going through an old family computer yesterday, and I struck gold. I was amazed to stumble across this photo I took of the first mechanical watch that I have ever owned. It’s a Relic automatic skeletonized watch with an exhibition caseback (not pictured).  This watch made me learn about mechanical watches, and essentially sparked my interest.

I can’t remember when I was gifted the watch, but I am pretty sure that I did not buy it—the watch retails for around $70 USD, but I owned it at least 10 years ago, probably more like 12 years ago, so I’m not sure what it would’ve cost back then. I would’ve been young at the time, with no money of my own except on Christmas and my birthday when I would receive a few cards in the mail from relatives.

I remember wearing the watch a ton, and it quit working at some point, so I stuck it in a drawer, this I can remember. Some months later, I attempted to open the caseback, and I eventually was successful with some needle nose pliers, and I was able to look deeper into the movement.

Long story short, the hour markers kept falling off one by one, as you can see, and getting stuck in the movement, so I would keep opening up the watch and removing them as needed. I had the watch when I was 16, but after that I don’t know what happened to it, and that was 10 years ago now. I am just glad to have the photo, and maybe purchase the watch from Amazon if I ever feel nostalgic.

I‘ll throw in some photos from Amazon that are a little better quality—I was just so excited to see the photo I just snapped the pic right from the monitor.  I’m glad I went back on Amazon to check it out though, because it seems like my issue with the watch was not unique.

Would anyone else out there knowingly buy a defective watch just because it holds a special place on your heart?  😂 it certainly isn’t really my “style” anymore but I could honestly see myself wearing it out and about.

I could easily see myself replacing a variant on this watch! My wife got me the black and gold version for a Christmas gift years ago. It is still in my collection and would be replaced or repaired if it ever got lost or shot craps, even though it is not really my style. 😀

HoroMichigan · 1 month ago
My Wait is Over - Is the YouTube Hype Justified?