Help me chose my Cartier Tank - the journey continues 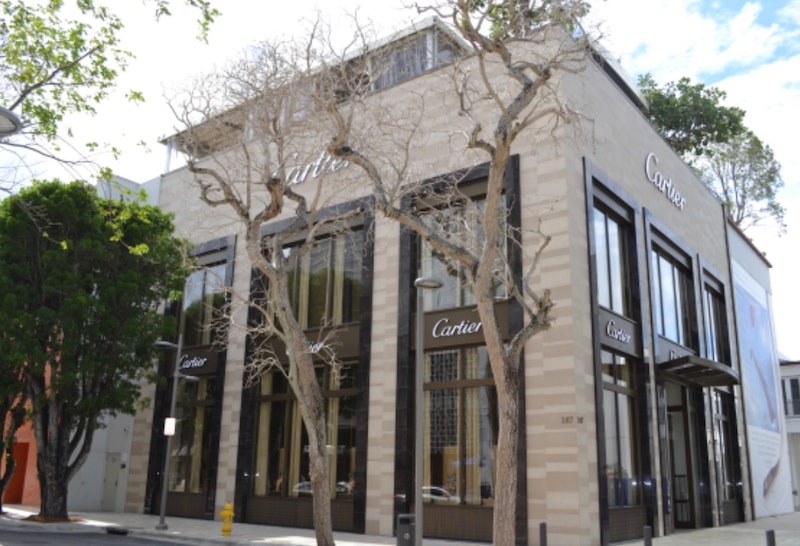 Hi friends - thanks to the more than 220 of you who voted on which Cartier Tank I should get. 42% voted for the solar beat and 28% for the Must. My head is leaning towards the solarbeat but my heart is still undecided.

SO...we went to the Cartier boutique in the Miami Design district to finally have a proper look at those babies. And the result was…a mixed bag :)

The success - as mentioned, the idea was to get my wife a Santos Dumont. She has been looking at that watch for some time (partially inspired by Britt Pearce) but never had seen it in the flesh. And it was love at first sight. I could not agree more with her. The credit cart was out in a second, no debate here. ❤ my wife said she could finally join WC now that she had a proper watch to show for. Will need to start behave 🫣

The failure - as mentionned, based on the poll and our discussion, my head was leaning towards the Tank Solarbeat in small (yes, I want to wear it like it’s 1929 and the world is about to go bust). I had initially contacted the US customer service of Cartier to see if there was any Solarbeat in stock in the US. They responded that only the small model was available in the US. Fine with me. Did not have time to check ahead of time if they had it in the Miami store and of course, the guy told he had never seen one since they were announced. It told me it was pretty much the case all across the US and I had more chance to get it back in Europe. That’s alright, still got the try the Must in small, the Must Black in large and one of the Tank Louis. The Must in small confirmed that this is the size I want and since it has a very similar design to the solarbeat, I was almost ready to go for it. The salesrep actually told me to wait for the solarbeat which I appreciated as he could have easily made a sale. The black must is really cool but I would not buy it as my first and Large is not for me. The Louis was of course more for the show and I was surprised that this model did not have the guillochet dial. Overall, good experience with the sales rep although we had to wait quite a bit before seeing him despite having an appointment.

The surprise - I had  time to do one other watch store (all of them were there, not easy to just pick one) and decided to visit Grand Seiko. Boy Oh boy…the SBGA413 quickly found its way to my wrist and that was love at first sight. I mean, first wear. What a watch. It took a lot of self control not to pull the trigger on the spot for this. It is after all, more than twice the price of the Tank…I will sleep on it a fight nights and who knows what will happen. Did anyone have experience negotiation prices at a GS AD? I did not try and the very nice store manager did not offer. While there, I also got to try the GMT Bamboo (very nice as well but not as incredible of an effect as the Cherry Blossom), one of the snowflakes, the limited edition peacock (that blue is very nice but not for me) and one other GMT. They had so many watches In display, it felt a bit overwhelming and non luxury to be frank. Overall, the rest of the store experience was great. It really felt like a watch enthousiast conversation. The guy knew his watches, was not pushy and really took his time with me.

To be continued… thanks all for the input, really appreciate it :)

Well - my Tank Louis arrived today and it’s 😘 - picture below.

Interesting about the solarbeat availability US side. Here in Europe the large is rare as hens teeth but the small widely available.

Well - my Tank Louis arrived today and it’s 😘 - picture below.

Interesting about the solarbeat availability US side. Here in Europe the large is rare as hens teeth but the small widely available.

That Tank Louis looks amazing! Congrats again on that one. More news very soon from my side :)

Gauthier · 17 hrs ago
Calling on all Belgium (and neighbors) based Crunchers - let’s meet !

Gauthier · 4 weeks ago
From a Tank to an Arnie - it’s just common sense!