The story of my watch collecting. Part 6. 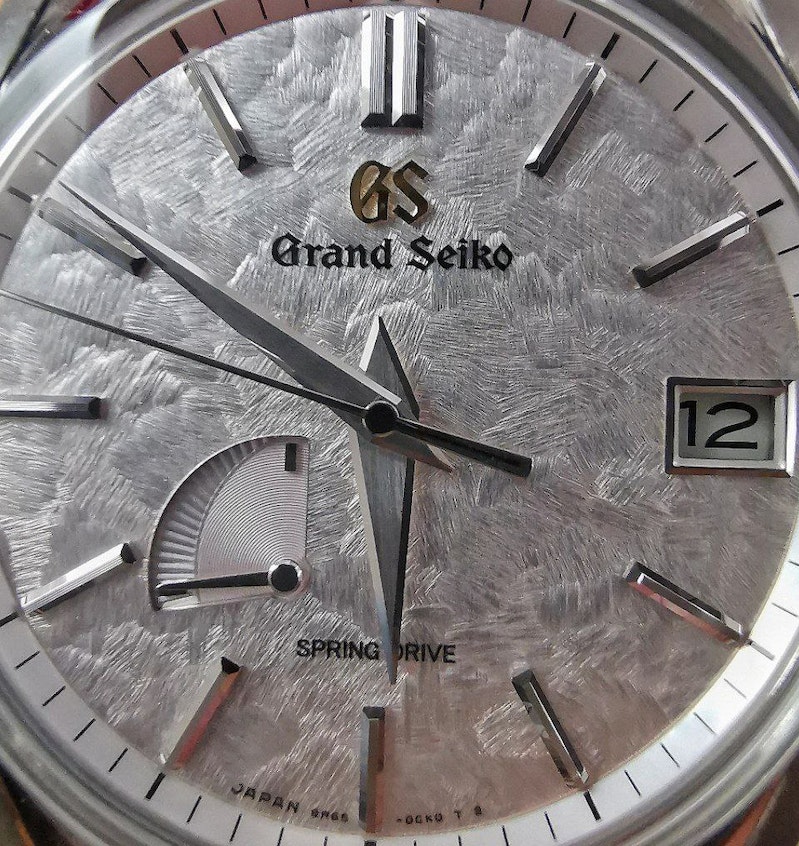 Someday my story will end, but not today!

I stopped at the fact that I once again got rid of the watch sickness. In part, this is what happened, but this lull before the storm lasted about half a year. I began to get videos from hourly channels in YouTube recommendations more and more often, and the disease began to manifest itself again.

Do you know what happens to those who have tasted Grand Seiko? We are becoming crazy fanatics. Hotwatchchick won't let you lie😂 We are starting to prove to everyone else on all forums and in the comments under the video that Grand Seiko is the pinnacle of watchmaking. Grand Seiko is for those who have known life. So it happened to me.

It is impossible not to want to add to the collection the coolest caliber in the history of mankind - Spring Drive. Mechanical watch with quartz precision and floating second hand. Sold out!

In fact, due to the current situation in the world, my country's currency has strengthened against the dollar and now it has become very profitable to buy watches abroad. I take this chance and decided to exchange my SBGX261 for something cooler.

One day, watching a video on YouTube, my wife passed by and uttered the phrase: "Wow, this watch is just incredible! How many hundreds of thousands of dollars are they worth?". This watch was the Grand Seiko Sakura SBGA413.

I was hooked. After learning that they cost 6 thousand dollars, my wife practically forced me to buy them😂 So that's what you get for this amount:
- the most beautiful dial in the world,
- the coolest caliber in the world,
- mega lightweight and comfortable titanium case,
- power reserve indicator,
- the size of 40mm is close to ideal.

It's limited production, so I couldn't miss this chance. Taking into account the exchange rate, I got them almost twice cheaper than they are sold in my country. Madness!

It's hard to describe the emotions of having them. I wonder every time how the Japanese managed to make such beauty. They force me to constantly take out my smartphone and take pictures. Bravo!

Thus, instead of getting rid of the watch hobby, my collection began to grow. Pandora's box was opened again and I couldn't stop)) See you in the next part!

Thank you all and good luck!

It's crazy how prominent GS is in the enthusiast community, and yet they only produce something like ~50,000 watches a year!  That's 1/10th what Omega manufacture!  That's 1/20th what Rolex make!  We really are trapped in our own little echo chamber here!

I have said many times, I am going to slow down in 23, but if I see a deal on a used Suwa, I am not sure my will will hold up. I keep telling myself, two is good, but I should get three. I have a spring drive and a 9F, it’ll be complete with a hi-beat.

DinoZaur · 1 month ago
The story of my watch collecting. Part 5.

DinoZaur · 1 month ago
The story of my watch collecting. Part 4.

DinoZaur · 2 months ago
The story of my watch collecting. Part 3.