Tough, unapologetically utilitarian and definitively not a YABDW 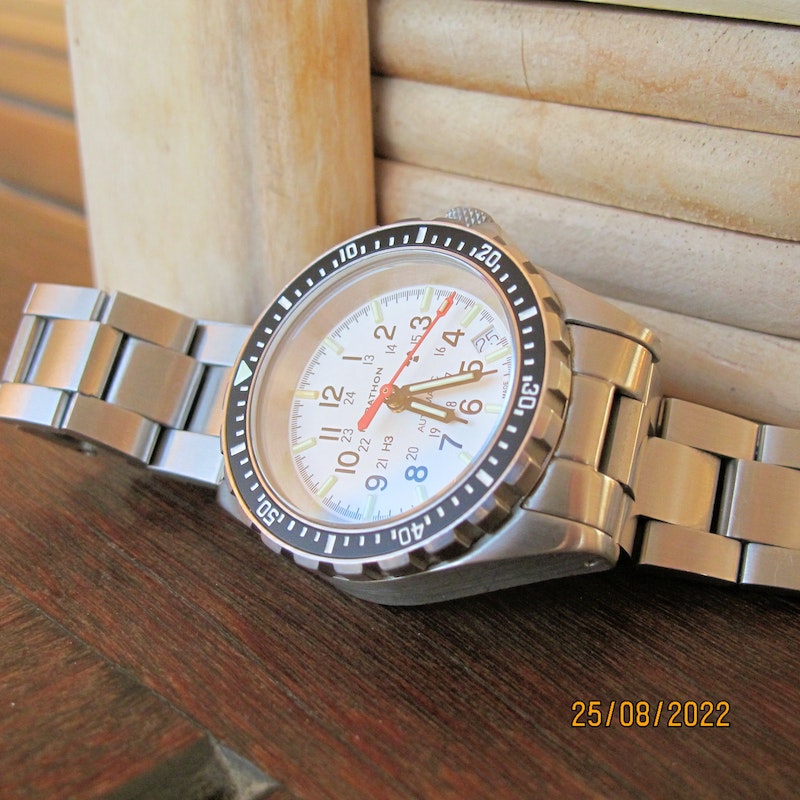 My 36mm Marathon Arctic MSAR is like the 420 Vostok Amfibia I wore yesterday in its purpose and function; both are watches that were originally intended for the military and both ended being more commonly worn by watch enthusiasts as a wrist accessory.

That’s also pretty much their only point of commonality because the MSAR is priced 10X higher than the Amfibia and for good reasons. The MSAR is speced and build to a level that would not shame divers sold in higher tiers and its quality is something that requires getting it on hand to appreciate, because its only when touching it that the whole concept of the MSAR design and the quality of its implementation become apparent.

Everything is curved, smoothed, or rounded so that nothing can catch or snag on the case. The only areas that will require a human touch, such as the bezel and crown, are designed in a way that the grip will always be there, 100% of the time even when wearing gloves or with wet and slippery hands. I guess that I will need to try it sometime but I’m pretty sure that even being dipped in a barrel of grease or submerged in mud will not be a problem.

Everything that needs to be seen is highly legible and the tritium tubes on the hands and indices are there to provide illumination even in the longest and darkest hours. What doesn’t need to be seen is brushed to a matte and non-reflective finish. The bezel action is fantastic: It’s smooth, tactile, precise and without any feel of elasticity or bounciness.

I love the MSAR because it proves that a purpose-built watch can be made for smaller wrists and because of its unapologetic utilitarian look. However, it’s a watch that only true enthusiasts will ever wear because it’s not pretty enough for wrist flashing, it’s not rare enough to attract collectors and, despite the comprehensive list of mil standards and catalog numbers on the back,  it lost its purpose as a military watch because a soldier need to be a bit soft in the head to wear an expensive automatic watch instead of a G-Shock if he plans to do any real soldiering.

That watch is on my wish list. The perfect tool watch!

I agree, and I like these Marathon watches, also. But to be honest, it's to a certain extent because it has an NRC ID.

I had a GSAR and found myself not wearing it that much.  I found the bracelet to be sharp edged and not that comfortable.  Perhaps that suits it’s tool watch character but I just chose other watches ahead of it most of the time.

It’s a great watch.  Awesome specs and tough as nails.  But it is definitely utilitarian and not finished to “luxury watch“ standards.

Catskinner · 7 hrs ago
The SPB147 is a thick chunky beast

Catskinner · 3 days ago
Morning coffee with a tsunami