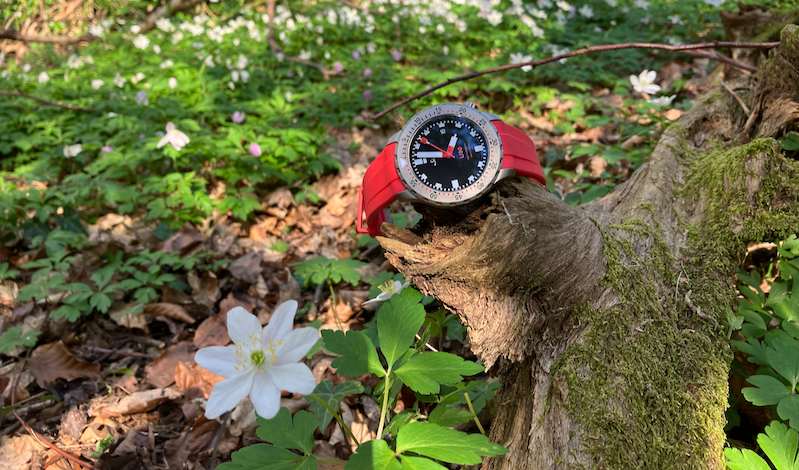 The Sinn U50 appeal rests on a combination of brutalist aesthetics, harder than nails construction and pretty unique case size for something so toolish, particularly how thin it is. As such, nothing compares - the Sinn does this combination better than anyone else.

For me, it's one of those watches you can't really regret, because the way it achieves that combination can't be faulted. I have shiny watches, I have smaller watches, I have elegant, traditional watches, and, when I need a beater, I have a hefty chunk of submarine steel which might mean I hammer a thumb flat because I'm so busy smiling at my wrist.

This watch is awesome! Yes, the clasp feels a little insubstantial - but it actually isn't, it's tegimented submarine steel that would deflect a bullet. It's true, the lume is not as bright as a Tudor Black Bay, but it hangs around all night. True, it hasn't got a high-end movement, but I don't need my beater to operate within COSC thank you very much, and a high-end motor in something which looks like it was chipped off a meteorite somehow wouldn't seem right.

I usually prefer no date, but this date window is utterly unobtrusive. Other tool watches may be a conversation starter, but the conversation will be along the lines of "It's a monster!" "Yeah, it is." With the Sinn, you could talk all day.

The only thing that gave me pause before buying my U50 was wondering about a future blue colourway (damn that blue U1 looks fine). But in the long haul, I knew that the matt black dial with the flashes of red was a dead cert whereas the appeal of the blue might wear off for me. I've put my U50T on so many different straps (a breeze with the drilled lugs) and it works with everything. Green canvas is killer!

People liken the hand set to Lego or Minecraft. If this is Lego, it's one of those super, high-tech motorised sets which makes us all secretly wish we could spend all day constructing because everything works like the real thing, alternative divers are the single block stuck to your bare foot as you hop around the room cursing the kids. I loved the blocky hands right away, and they are actually the most legible hands I've ever seen with the syringe tip somehow leading the eye better than anything else.

As I said before, the Sinn U50 can't be compared to anything really, not even a Damasko. A Damasko shares some of the aesthetics and armour, but can't compare because it's thick as a hockey puck. For case size, people often liken it to the Tudor BB58, but again, it doesn't compare: because of the smaller diameter, the Tudor wears thicker, the ratios are just not quite as on-point. The BB58 is a lovely watch, but it isn't the U50.

Get the U50, it will pay you back because however much people say it's over-priced, it's worth every penny (or dime). That's the thing with watches, if the price is really such an issue, get a G-Shock because it's even tougher. But don't get a G-Shock, get the Sinn. Get the Sinn!

An admirer of shiny wrist art. I've recently arrived at a fairly settled collection after years of flipping. That could all change at any time... IG: @tickerstickers

Calumets · 3 weeks ago
Is this serious? Chrono pusher popping out...