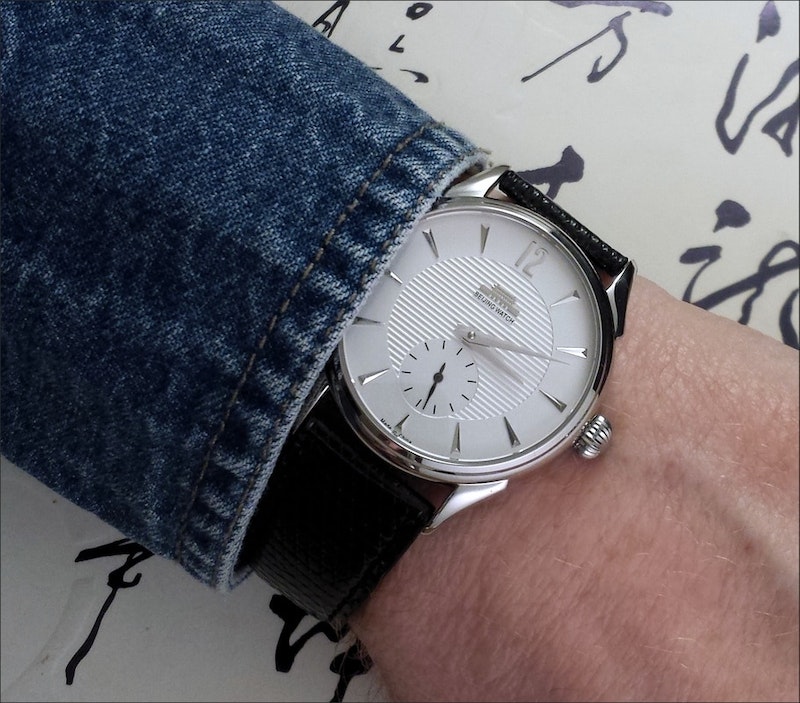 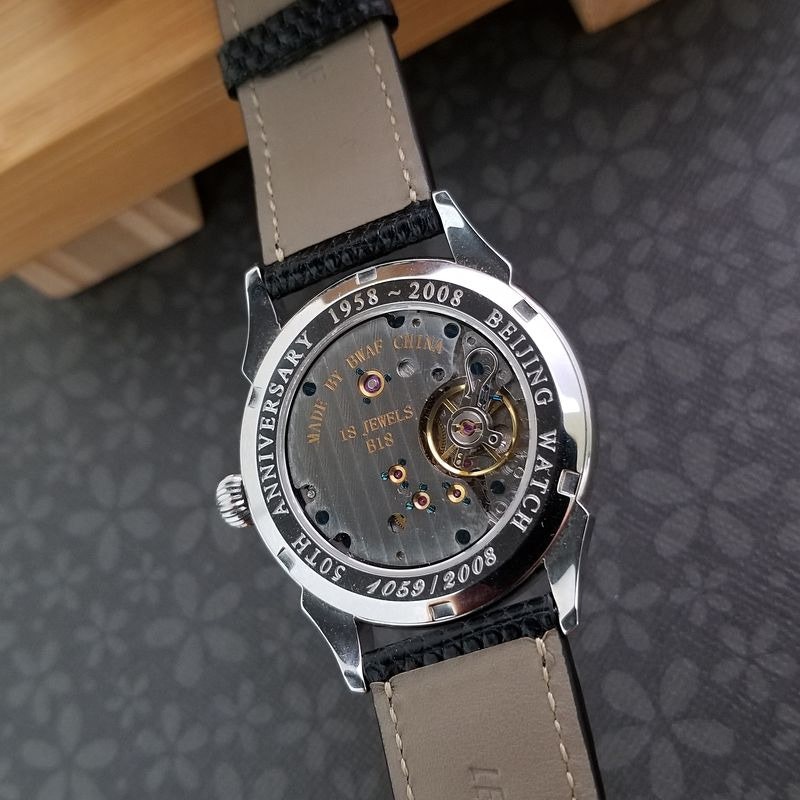 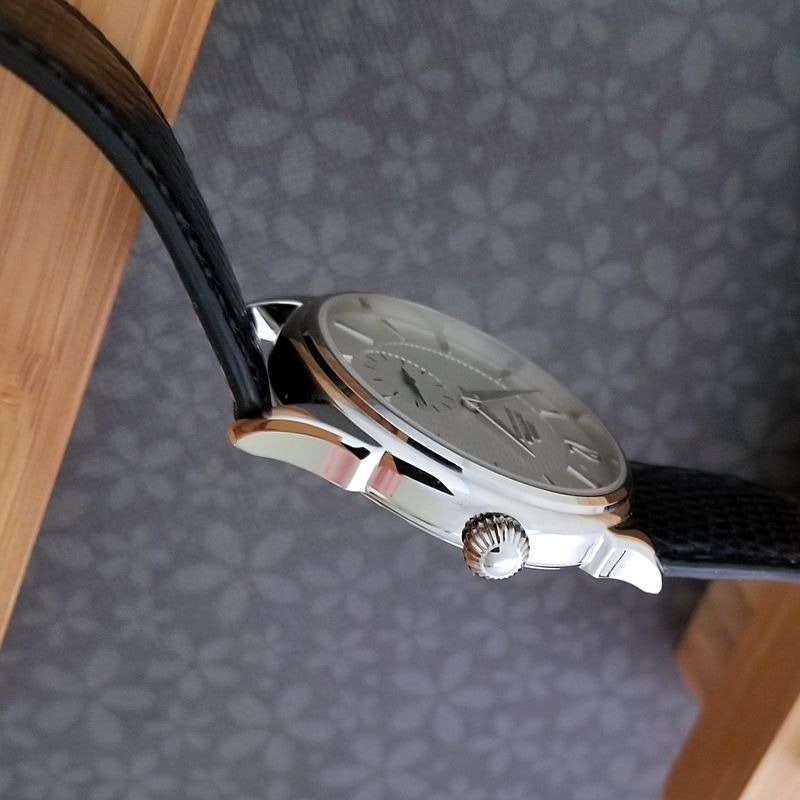 As the back shows, this is the somewhat limited (2008) 50th anniversary watch, with the Beijing in-house B18 movement.

The stories on this one are:

1) the purchase (of what I was told was one of three remaining in the national retail stock) had been kindly arranged for me by the General Manager of Beijing Watch Factory at the time, Mr. Miao Hong Bo, when we met at the China Watch and Clock Fair in Guangzhou.

2) The day I picked it up in Beijing, was the day I totally coincidentally first met Robin Tallendier (now of Atelier Wen, but then a student  in Beijing on partnership with Renmin University in Beijing).

Robin wrote about the meet-up, and how the next two days went, here:  https://www.watchuseek.com/threads/meeting-with-ron-and-his-friends-in-beijing.1053335/

We asked the store folks to take the picture because Robin and I had met briefly before--but only on Watchuseek. Never in person. We lived on different continents!

At the time of the photo, we'd known each other for about five minutes, max :-)

It's fun to think of how things have proceeded from that chance meeting.

China Daily had an article about that.

Side note: The article said I "ran" a forum. I don't and never did. I'm only a moderator on Watchuseek F72/F71 and one Facebook list. I think they just misunderstood the role.

Anyways...follow your curiousity and good things will happen. The best thing about watch collecting is the people.

What's the story on the watch?  Is it a common Seagull movement or something different?

I like the lugs on your model.  They look a bit more unique that the standard fare found in many Chinese watches.

What's the story on the watch?  Is it a common Seagull movement or something different?

I like the lugs on your model.  They look a bit more unique that the standard fare found in many Chinese watches.

I mentioned in the article that the movement is a Beijing B18 3/4 plate movement, based on the Miyota 8200 but adapted in some ways and built entirely by Beijing (not built from a Miyota ebauche), and with the automatic system removed.